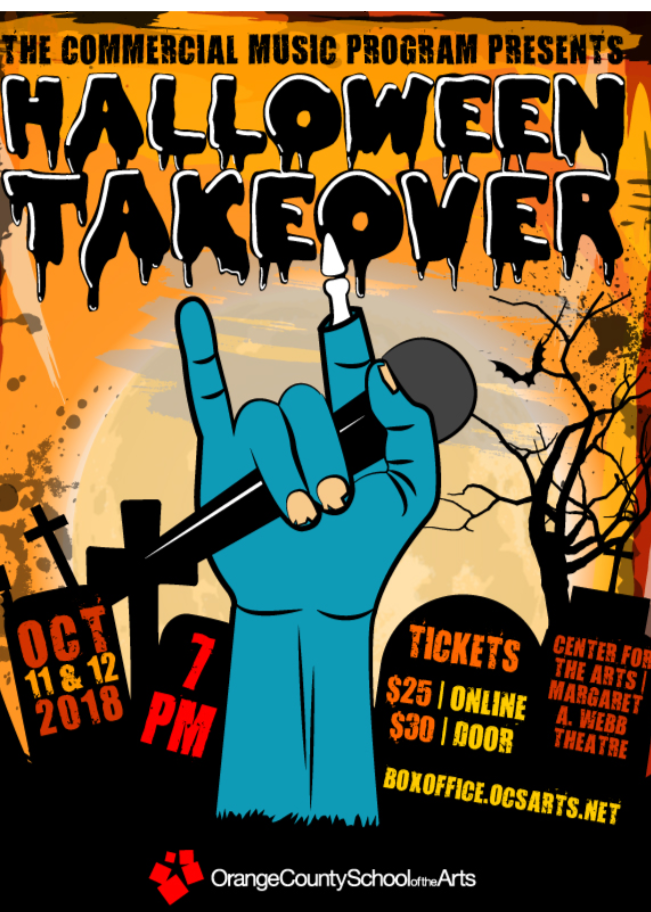 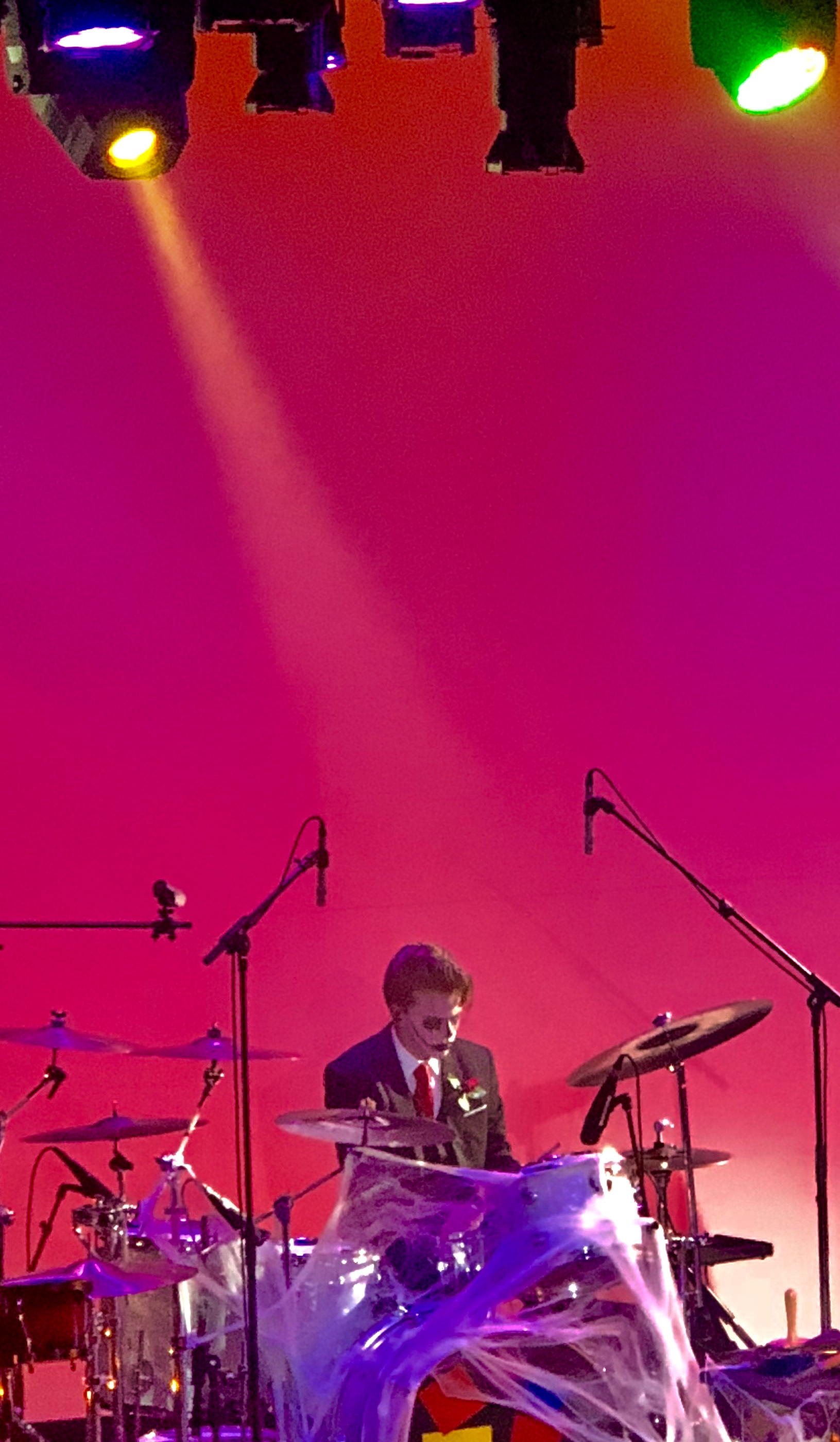 October 2018 was all about what I love to do…performing LIVE music!  It started with two shows for Orange County School of the Arts, Instrumental Music Conservatory – Commercial Music Program’s production, “Halloween Takeover!”  The highlight for me was opening those shows on drum set with a song I am very familiar with, “Dead Man’s Party” by Oingo Boingo! 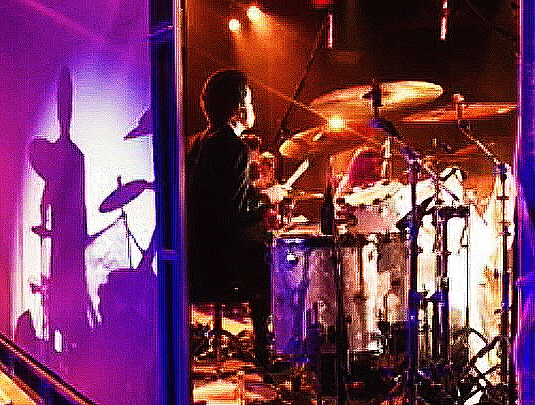 “Hey OCSA!  Just enjoyed you guys and gals knocking it out of the park on a song I know too well, Dead Man’s Party!!  The band, the horns and great front man owned it!  Thanks Thomas Lowrey for representing all things Boingo, proud to know you man! – Johnny Vatos!” 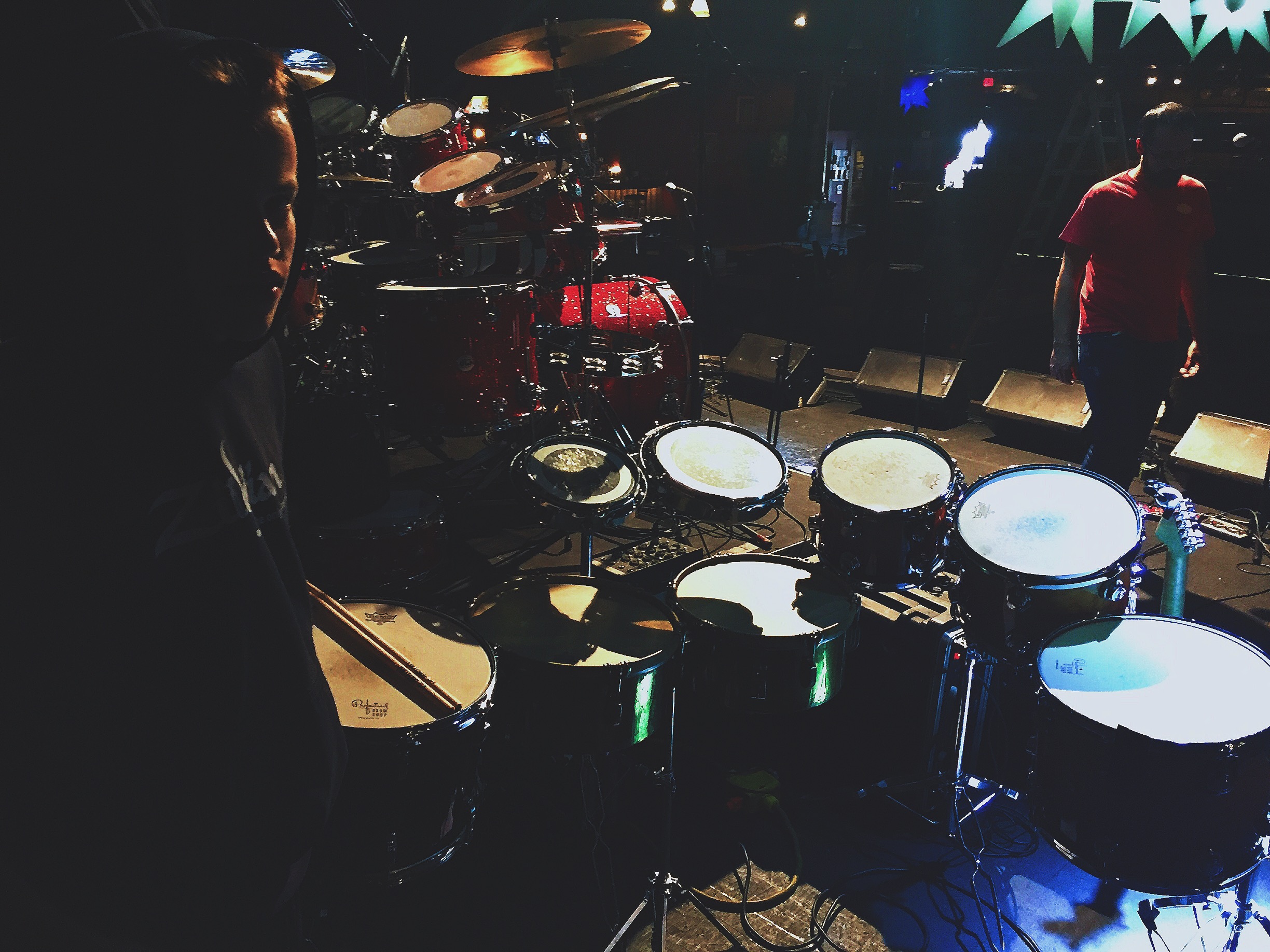 Pic Above: Prior to soundcheck at the Canyon Club behind my Boingo drums… 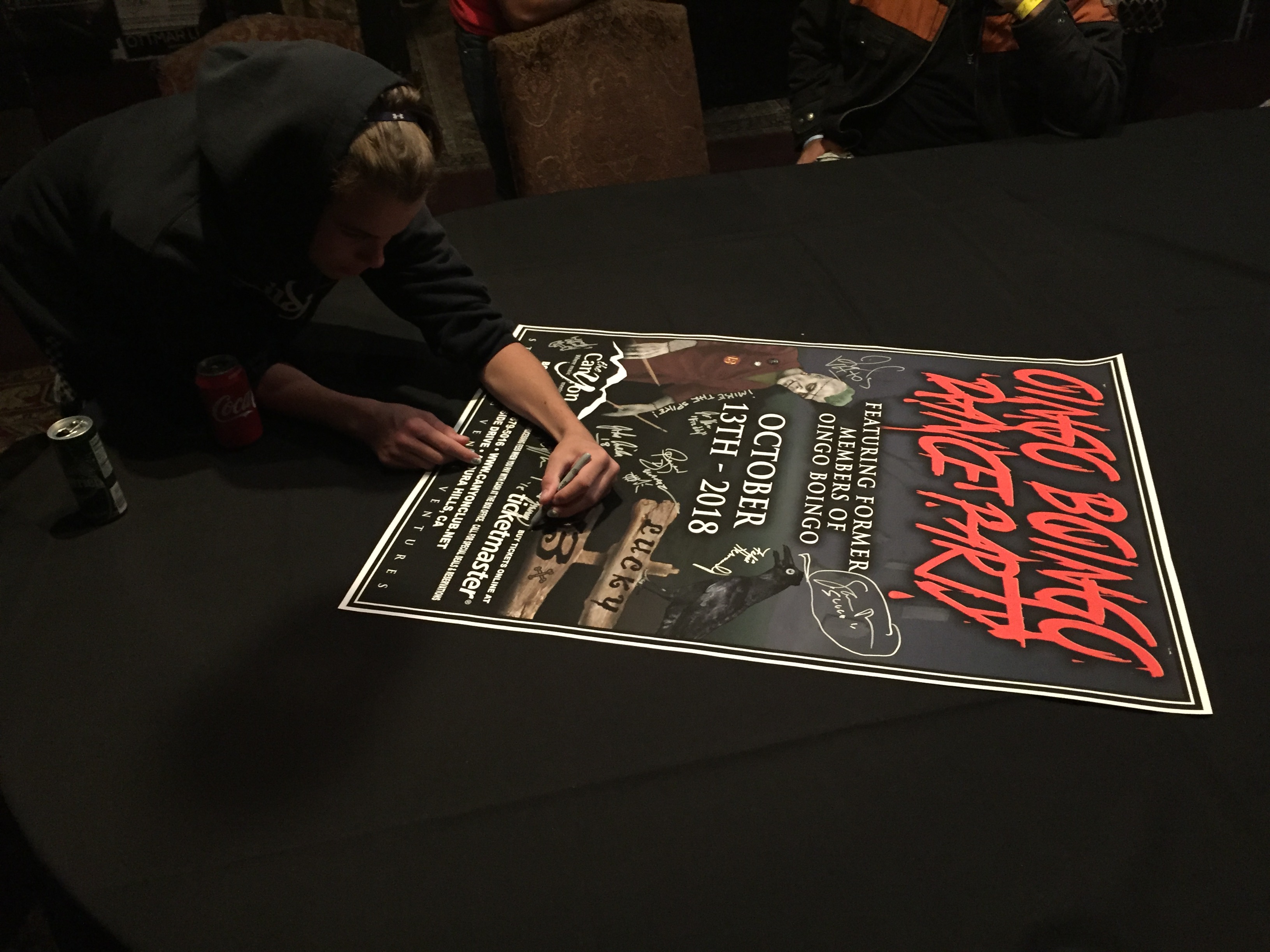 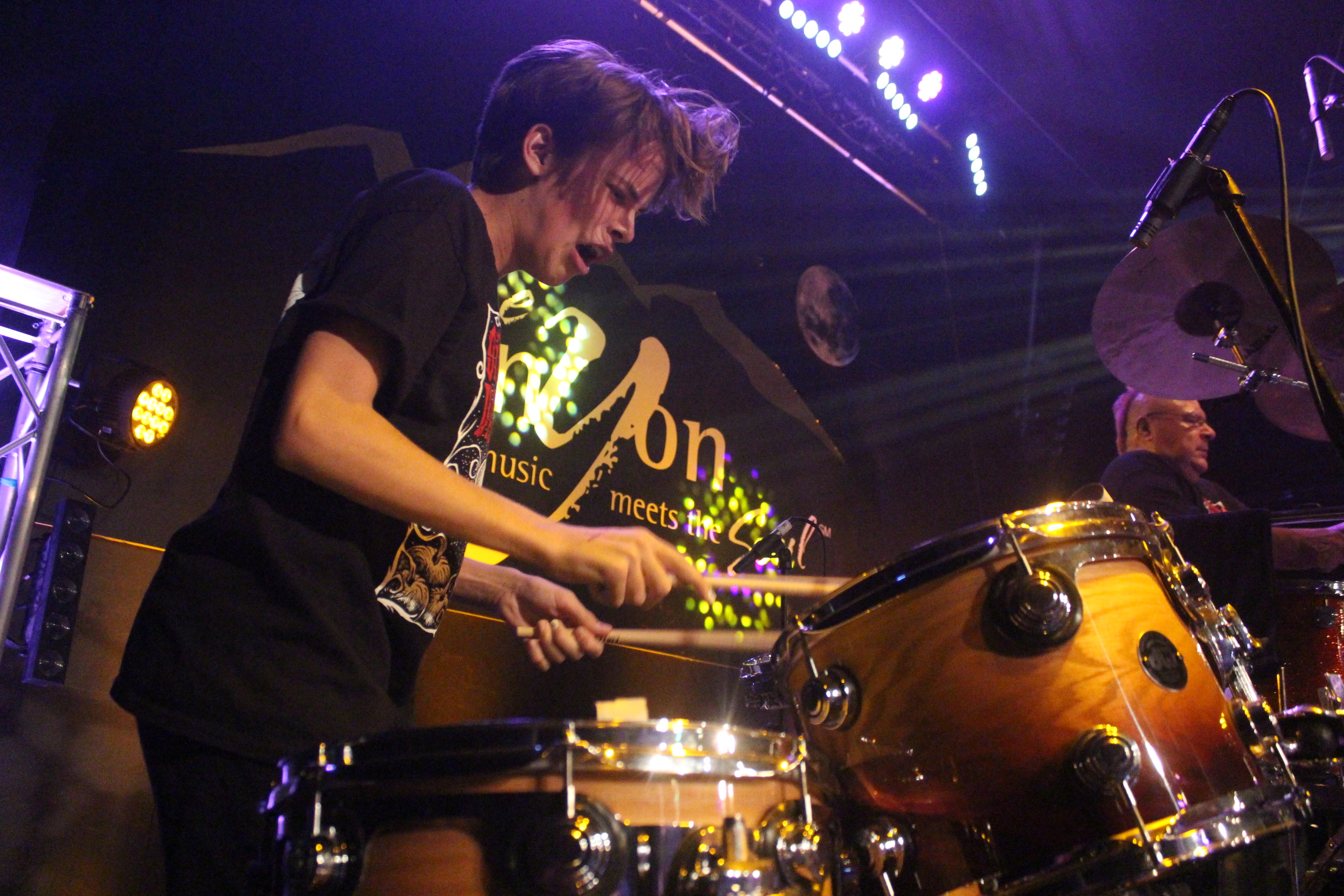 Those two OCSA Halloween shows really warmed me up for the high energy show with Oingo Boingo Dance Party!  The Canyon Club is always packed with loyal Boingo fans! They really get into the music as much as I do! 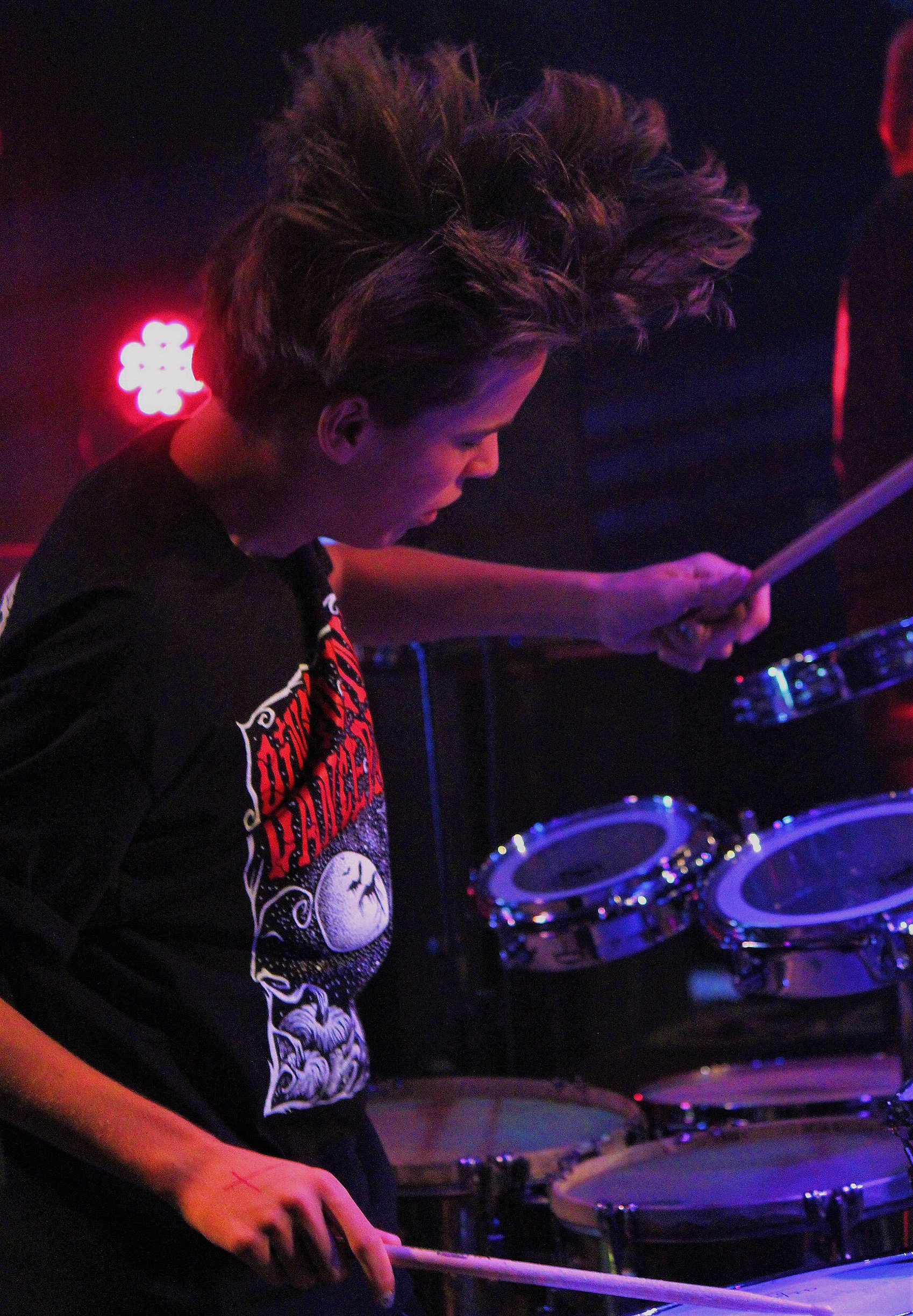 The great show photos were taken by Fred Zermeno Photography! 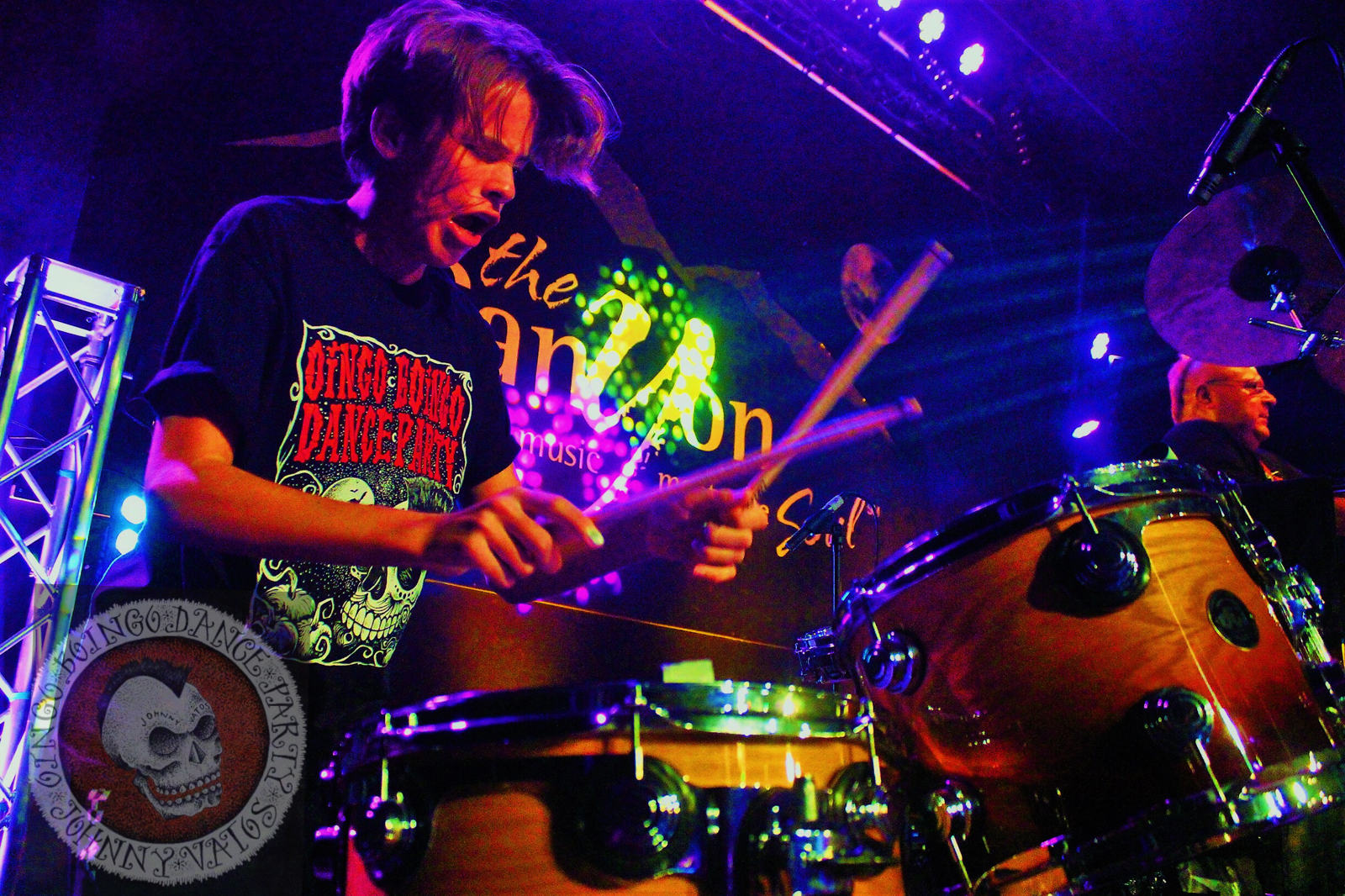 After the show I was excited to see Don Lombardi, Host of Drum Channel, and Founder of dw drums backstage.  When Don saw me, he said, “Thomas, you are quite the performer!”  That made my night! 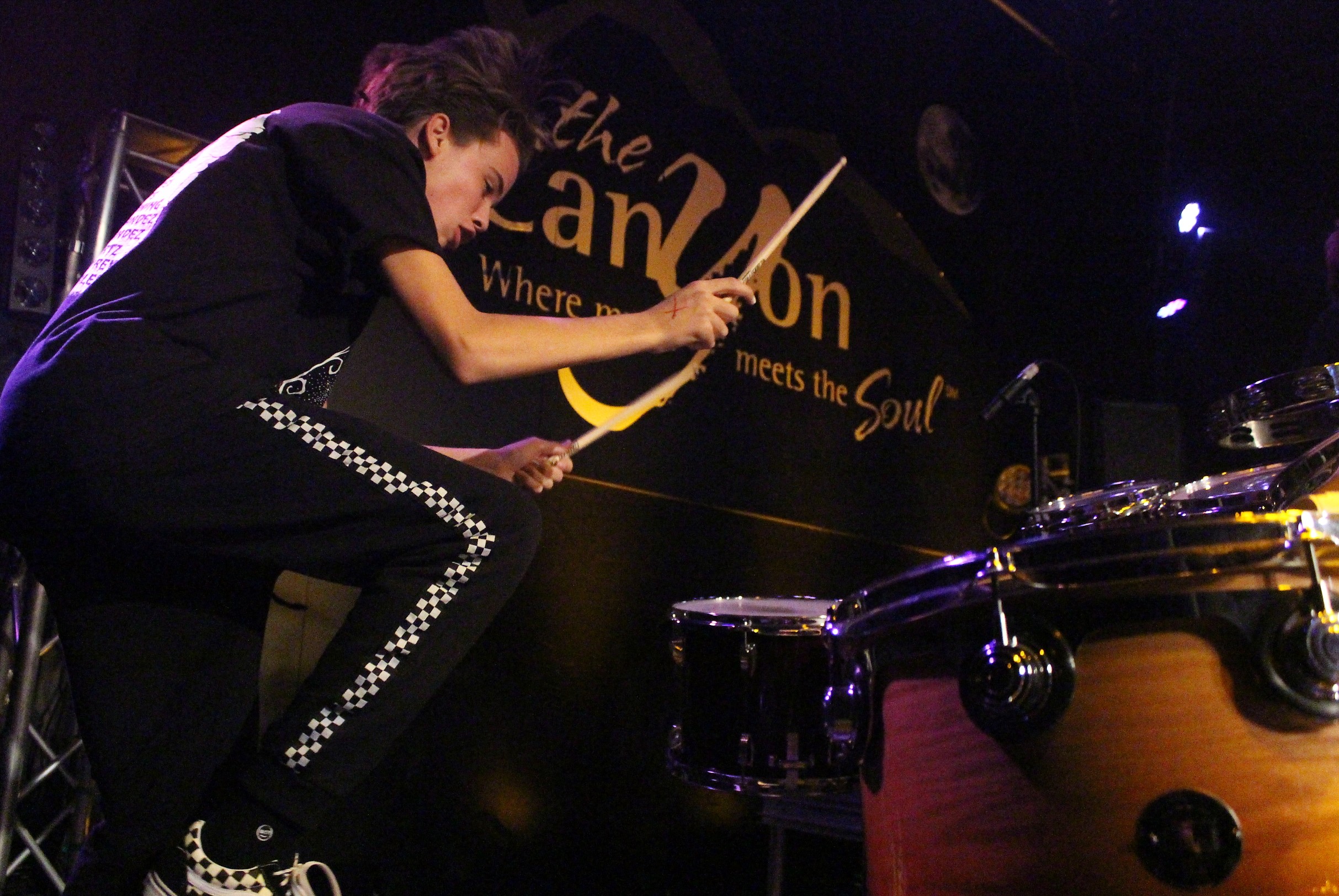 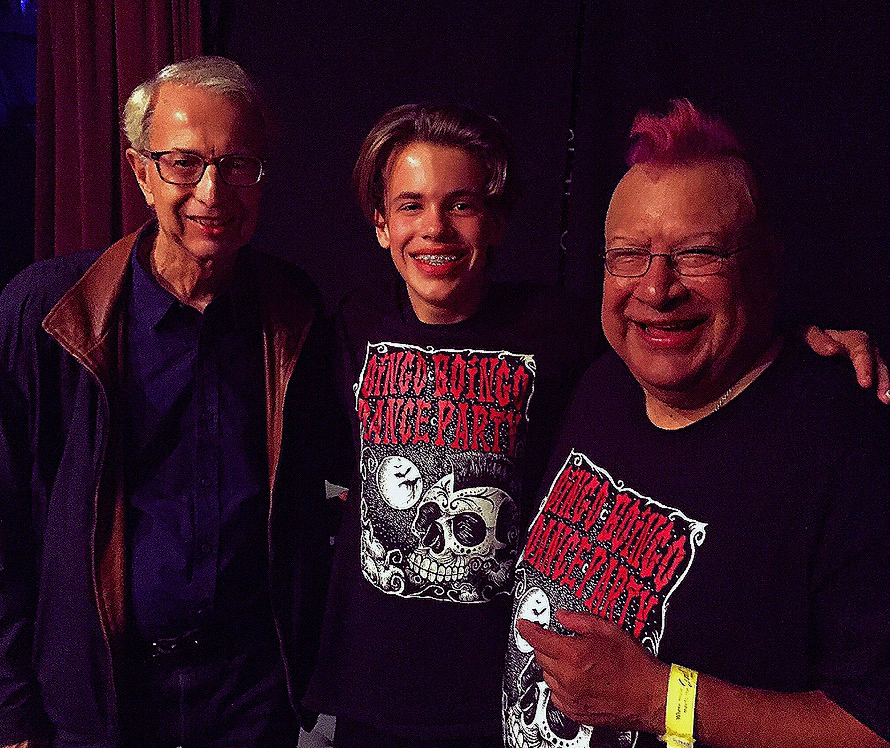 Pic above: Photo op backstage after the show at the Canyon Club with Don Lombardi, Host of Drum Channel, with Johnny Vatos and me. The three drummers!

My fourth show of the month, was the next Oingo Boingo Dance Party gig at the Saban Theater, in Beverly Hills.  The Saban is an old-school, art-decco designed, beautiful looking, and even better sounding theater!  The band all loved the sound in this theater, and we hope to play there again. 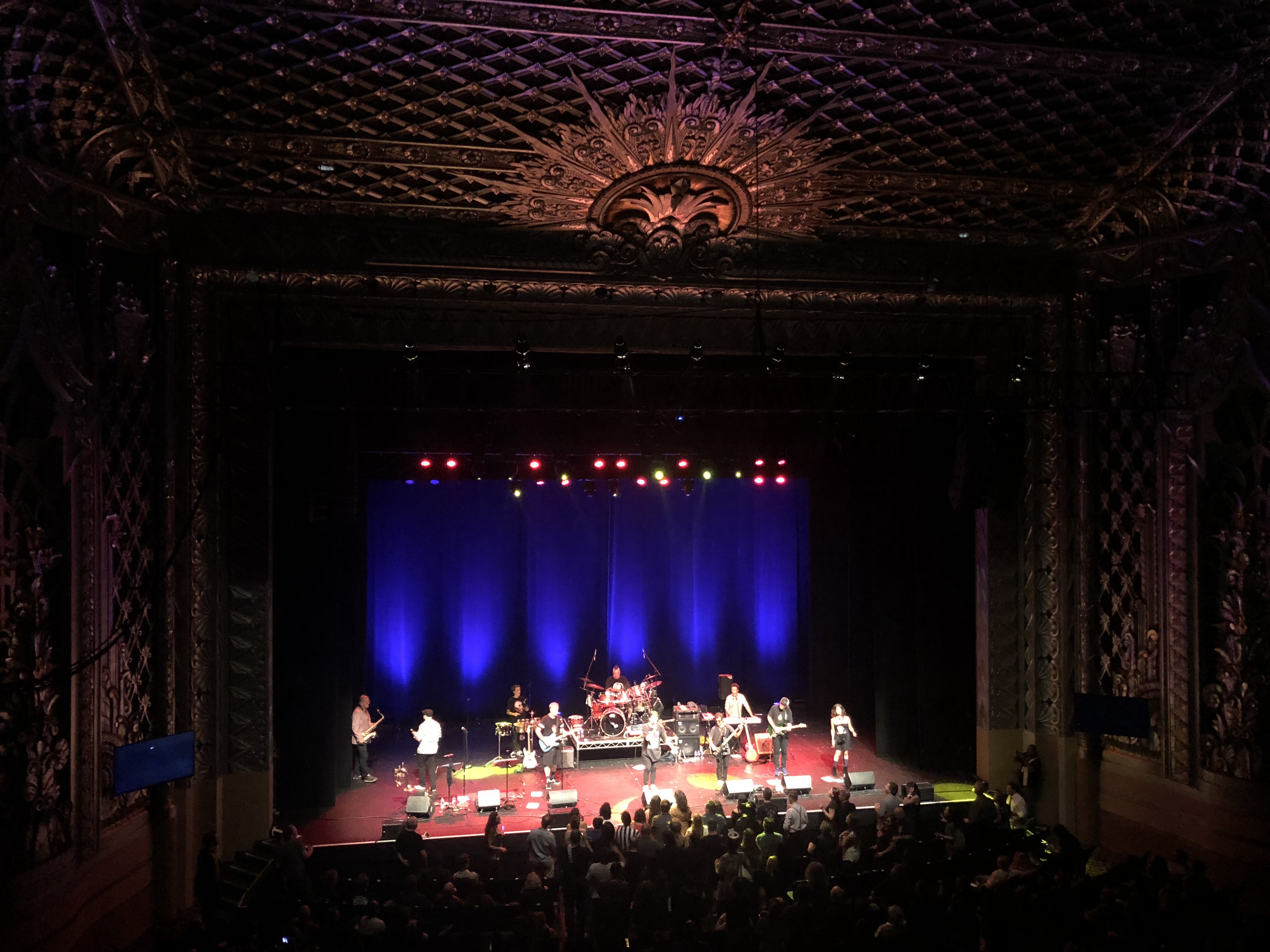 This show was extra special for me because my sister, Kylie was able to take the day off from work to attend.  Seeing Kylie standing side stage during the show made me smile!  She is so supportive of my journey with music! 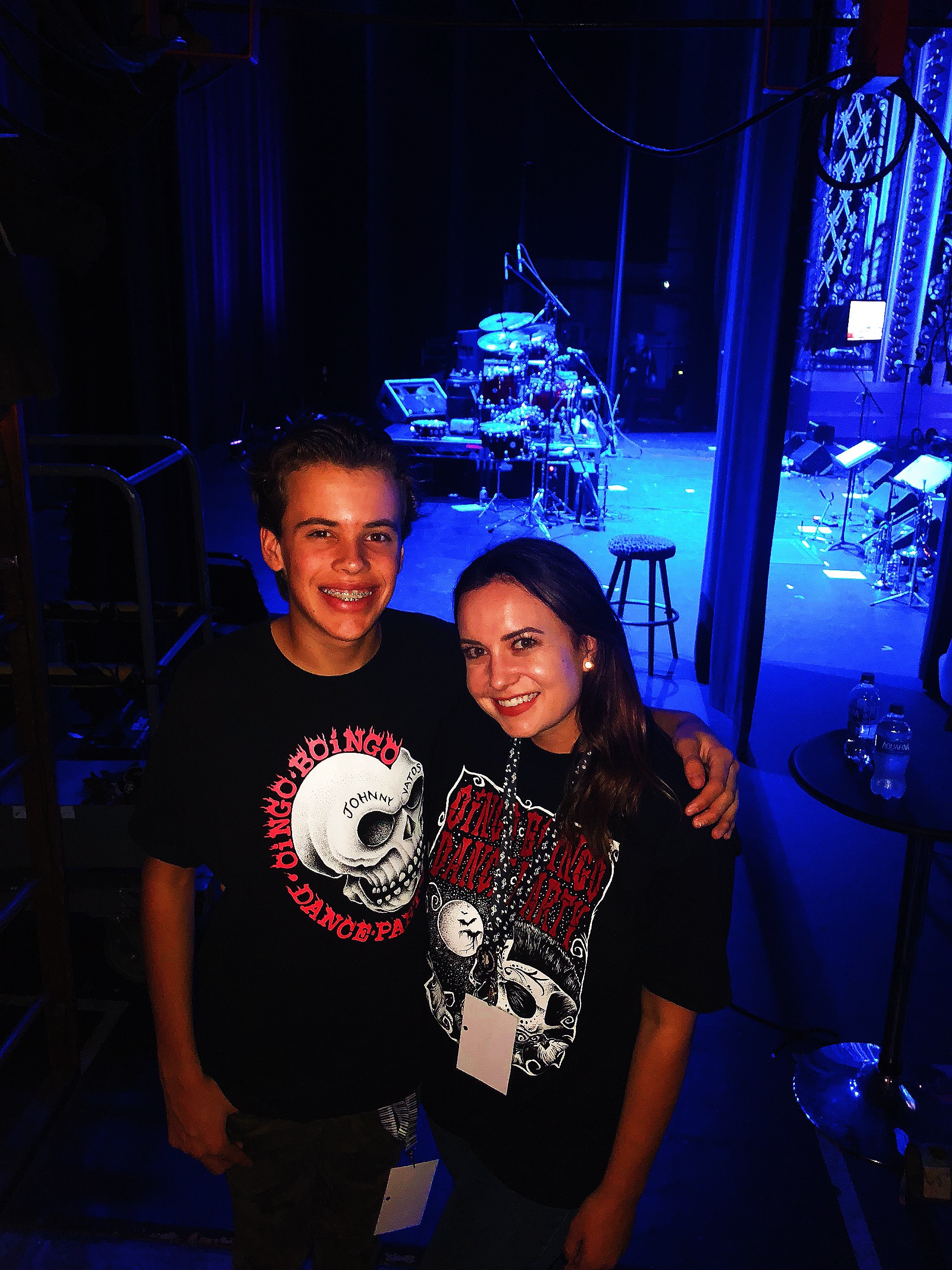 Pic above: With my sister, Kylie a few minutes before show time! 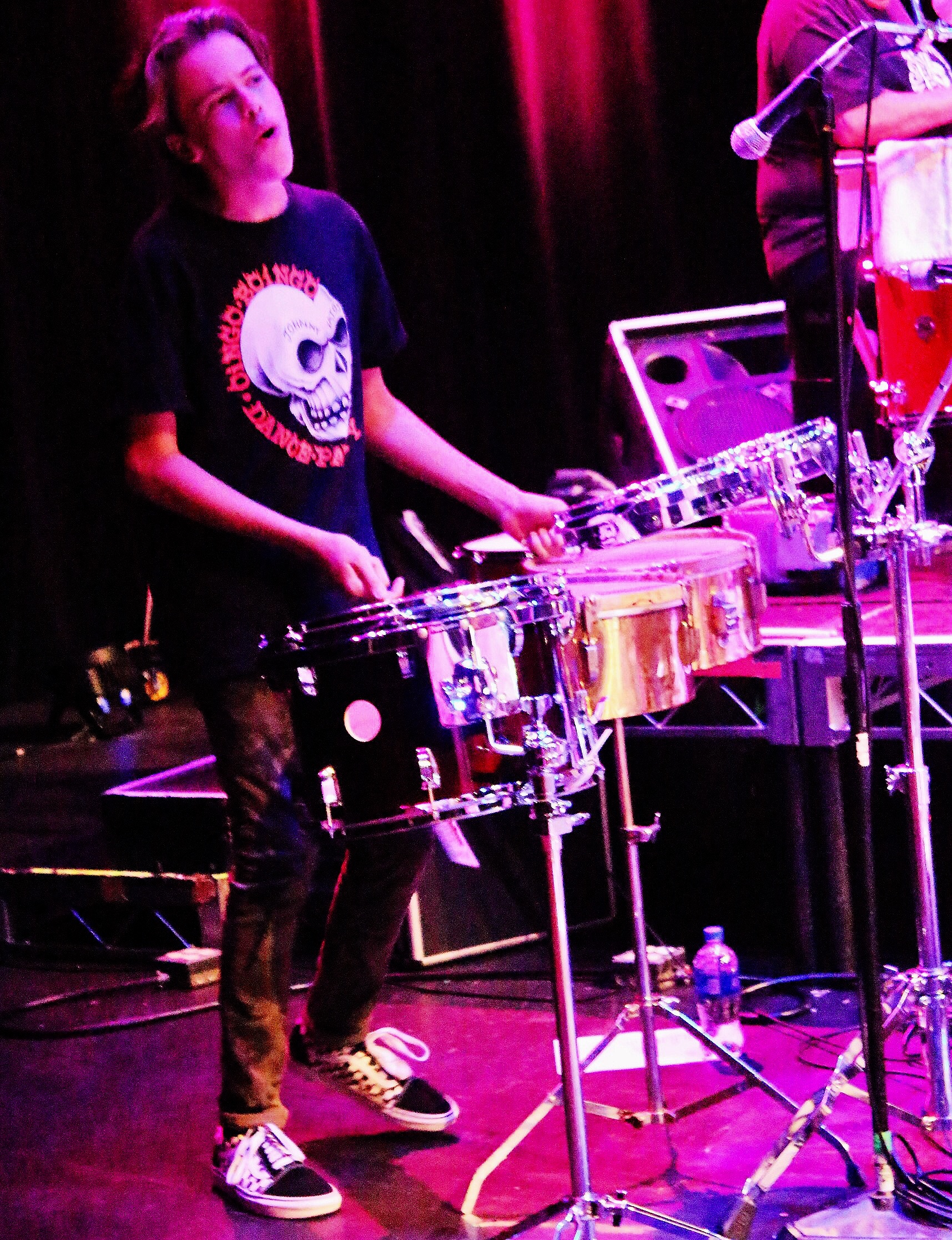 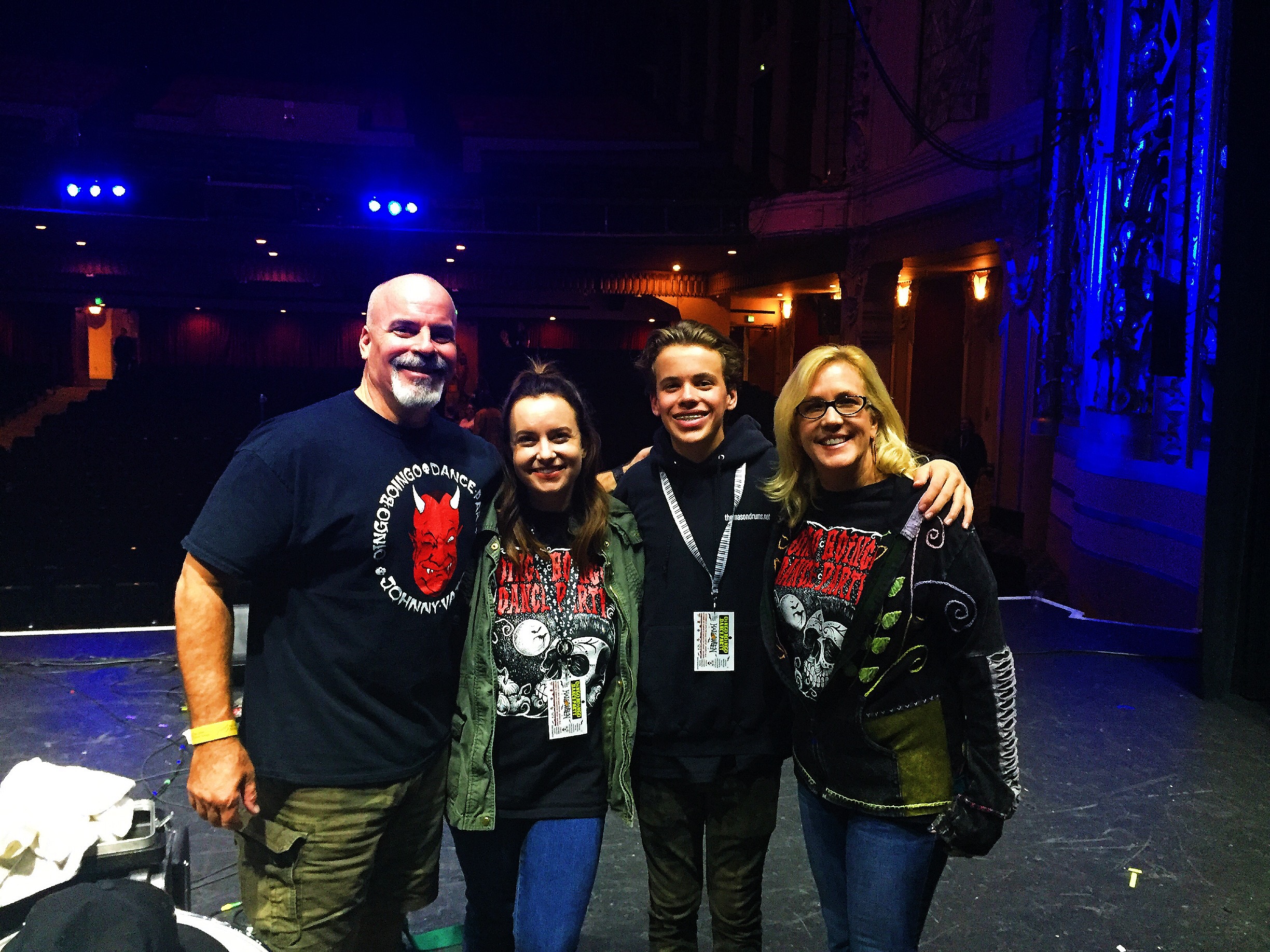 Photo op with my family after the show at the Saban! They are so supportive of my journey with music and the drums!

For my fifth show of the month, Oingo Boingo Dance Party traveled south to beautiful San Diego.  We played at Humphrey’s Concerts by the Bay, which is located right in the marina there.  I mean, the side of the stage is maybe 20 feet from the ocean!  It is one of the most scenic places I have ever played.  There was a full crowd of about 1,400 people – and everyone was singing along and having a great time! 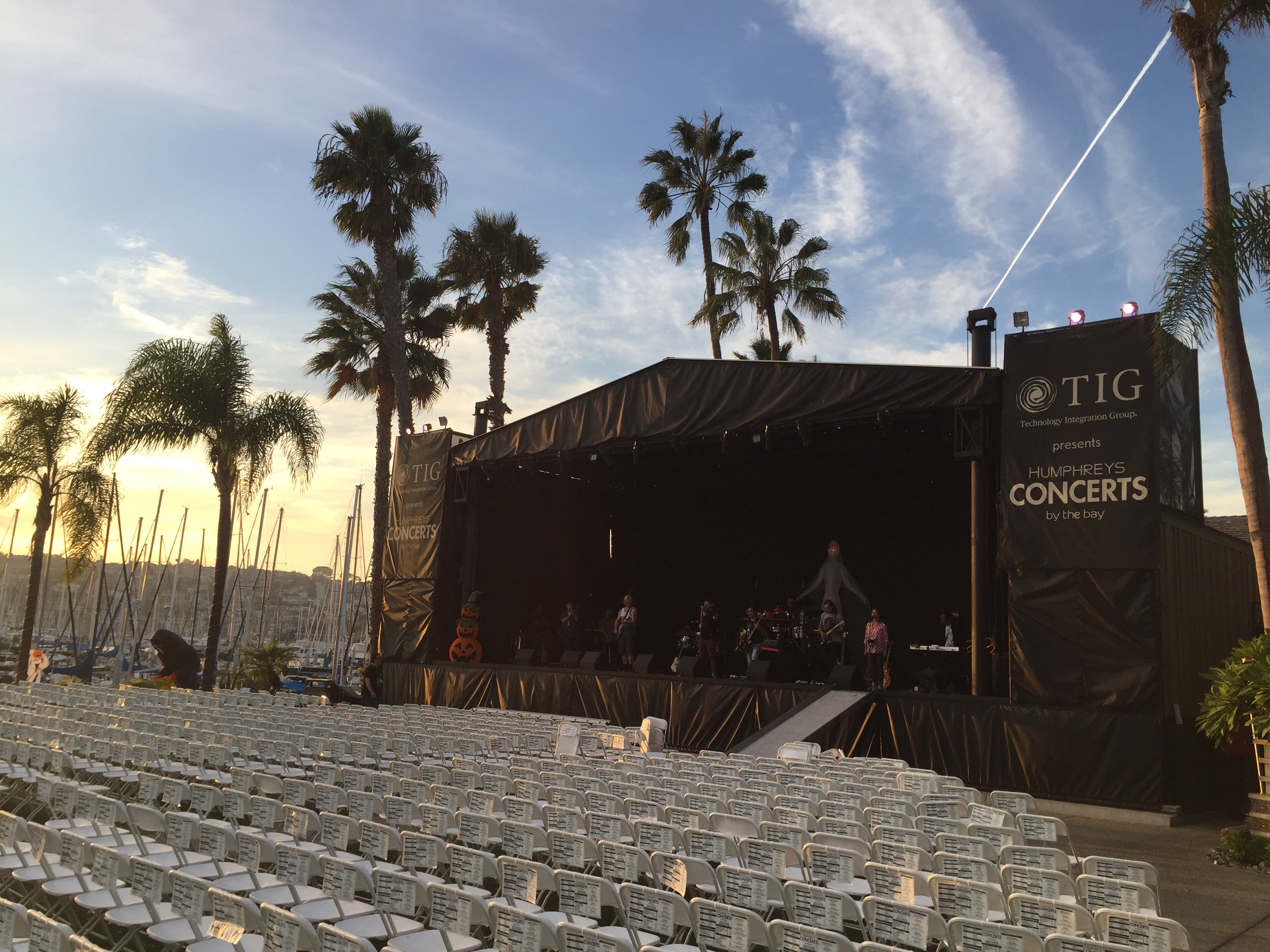 Pic above: Humphrey’s by the Bay, San Diego… 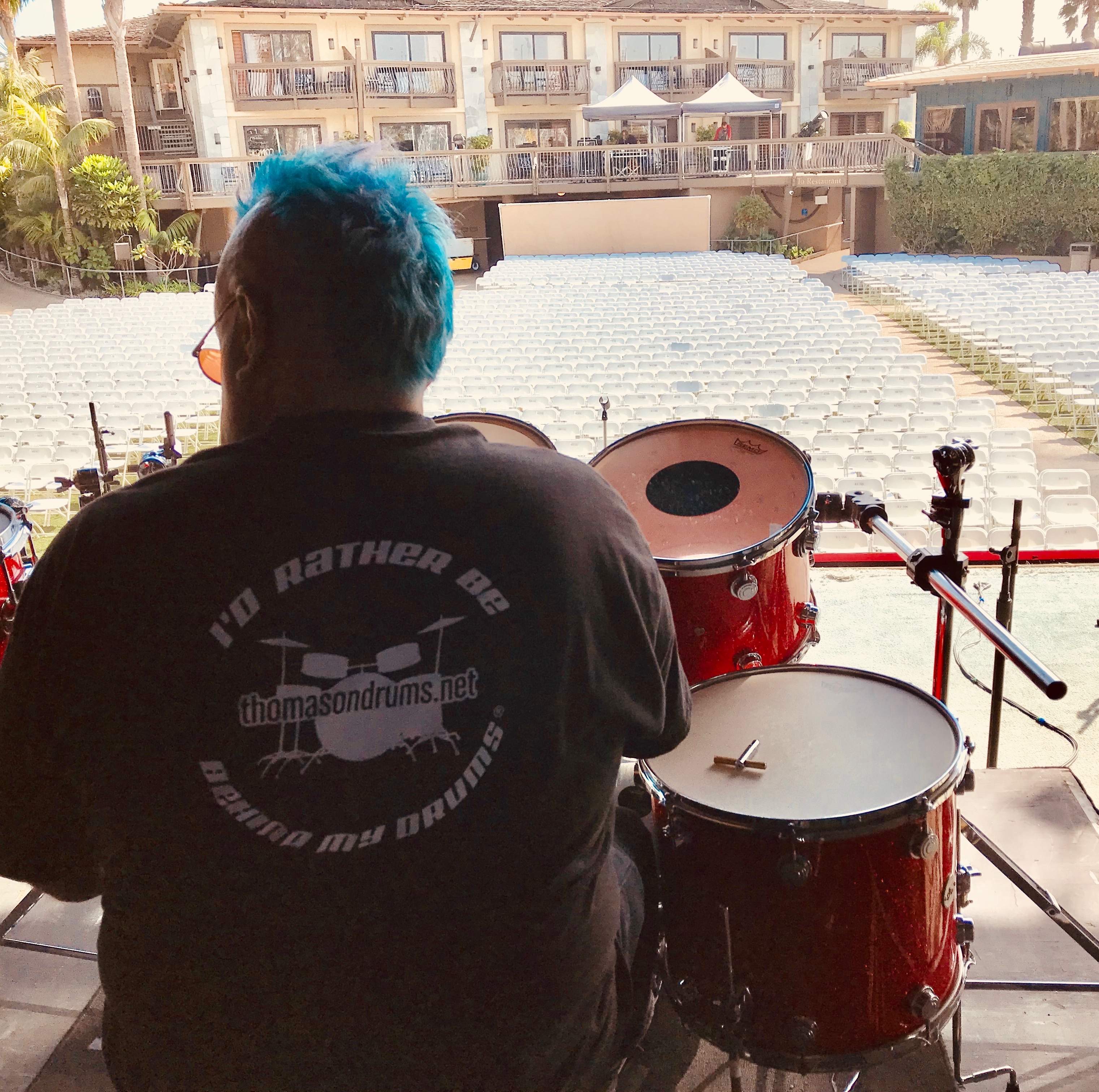 Above: Johnny Vatos always tunes his drums “for the room.”  On this day in San Diego, he was reppin’ a very cool T-shirt! 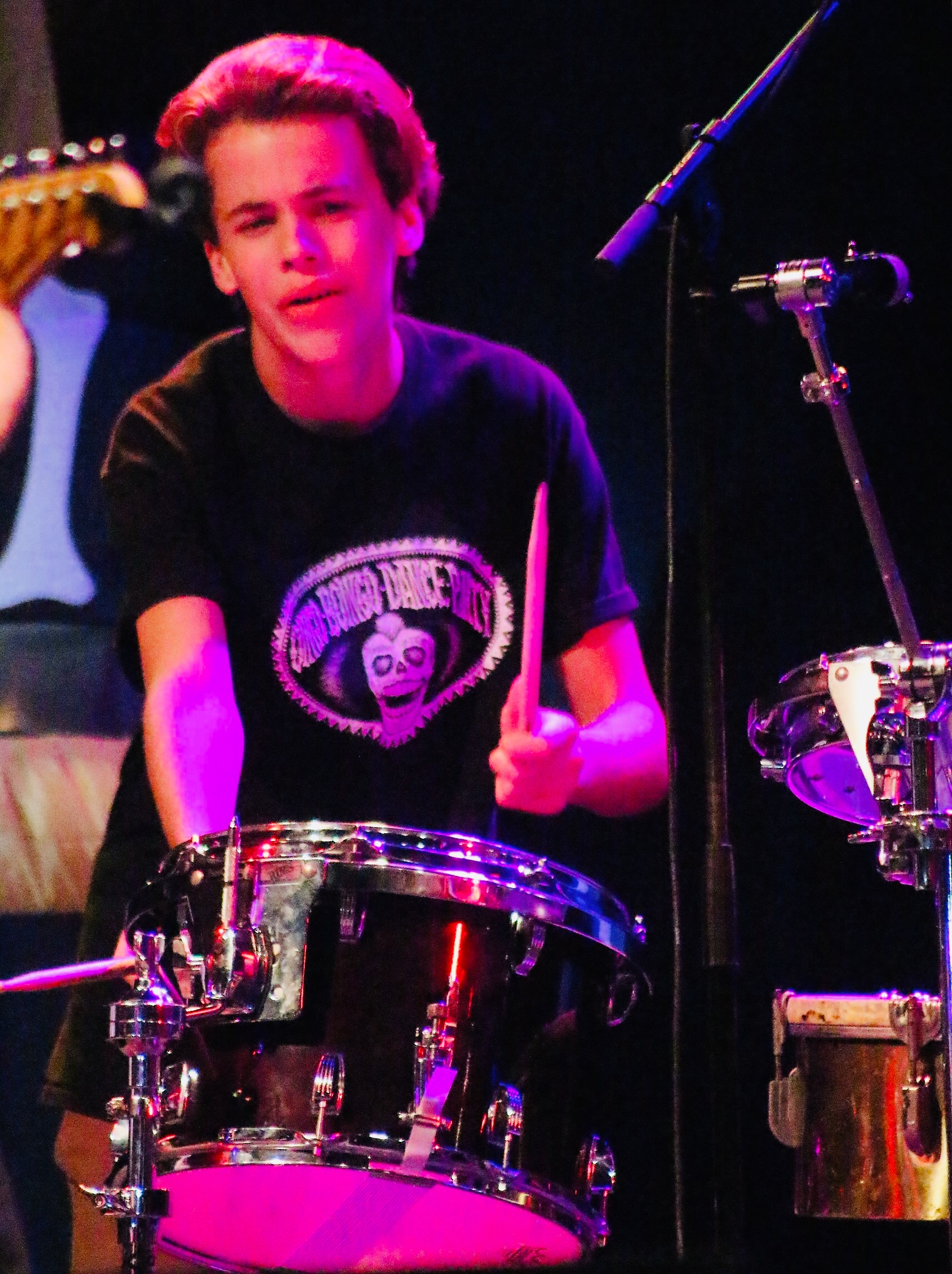 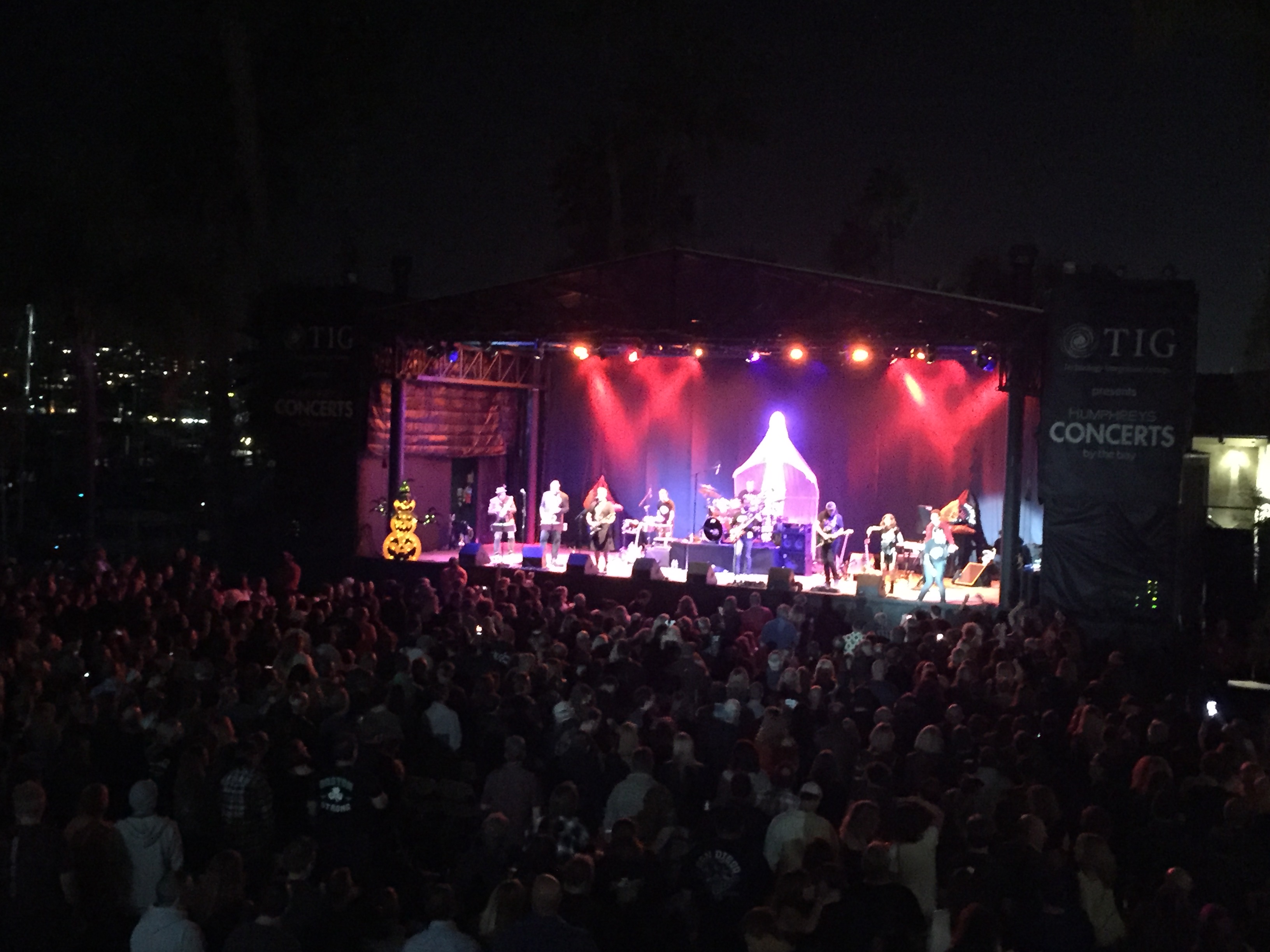 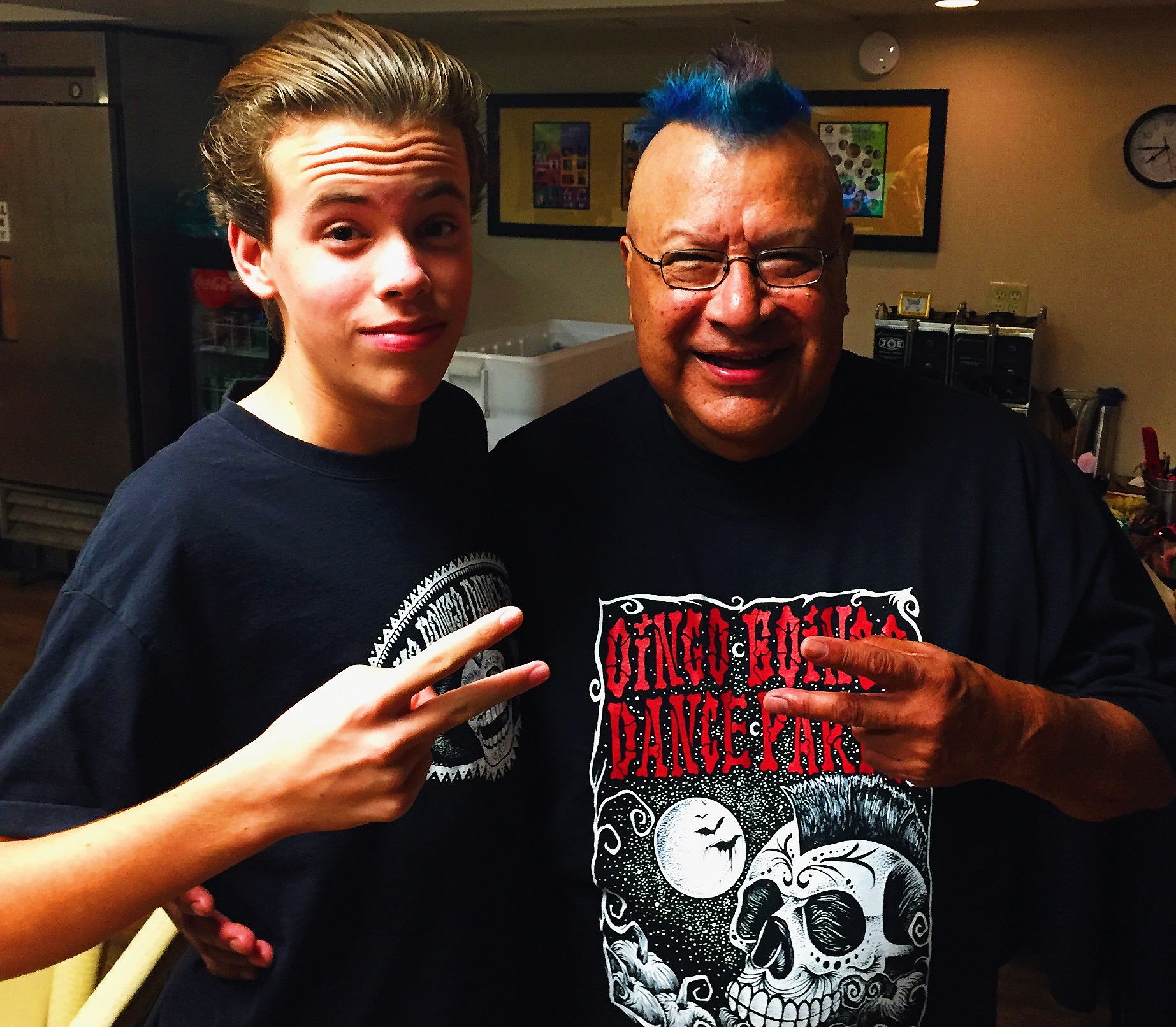 Backstage before the show at Humphrey’s Concerts by the Bay in San Diego: Johnny Vatos and I took this photo celebrating 2 years  since I started playing with his band!

My sixth and final show of the month came on Halloween, for another sold out Oingo Boingo Dance Party show at the Coach House in San Juan Capistrano. 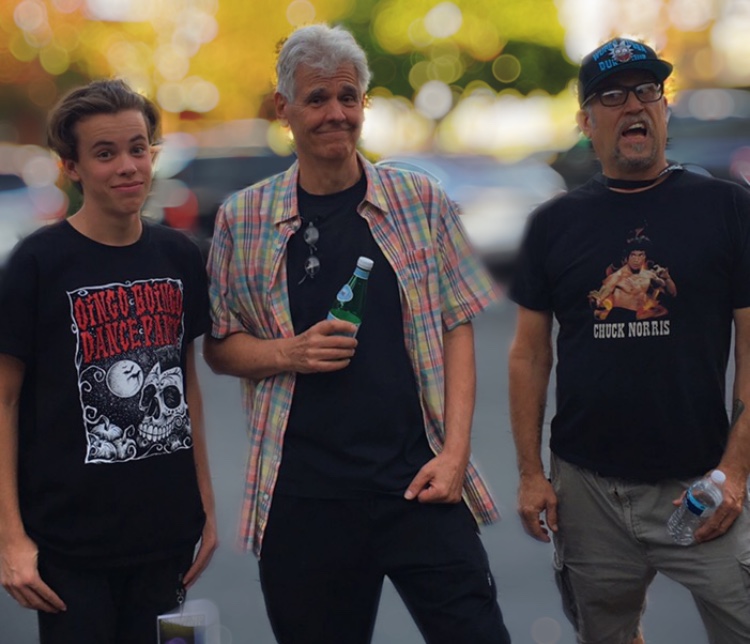 Pic above: Fun hang after soundcheck outside Coach House with the legendary Steve Bartek and Mike ‘The Spike’ Gendinning! 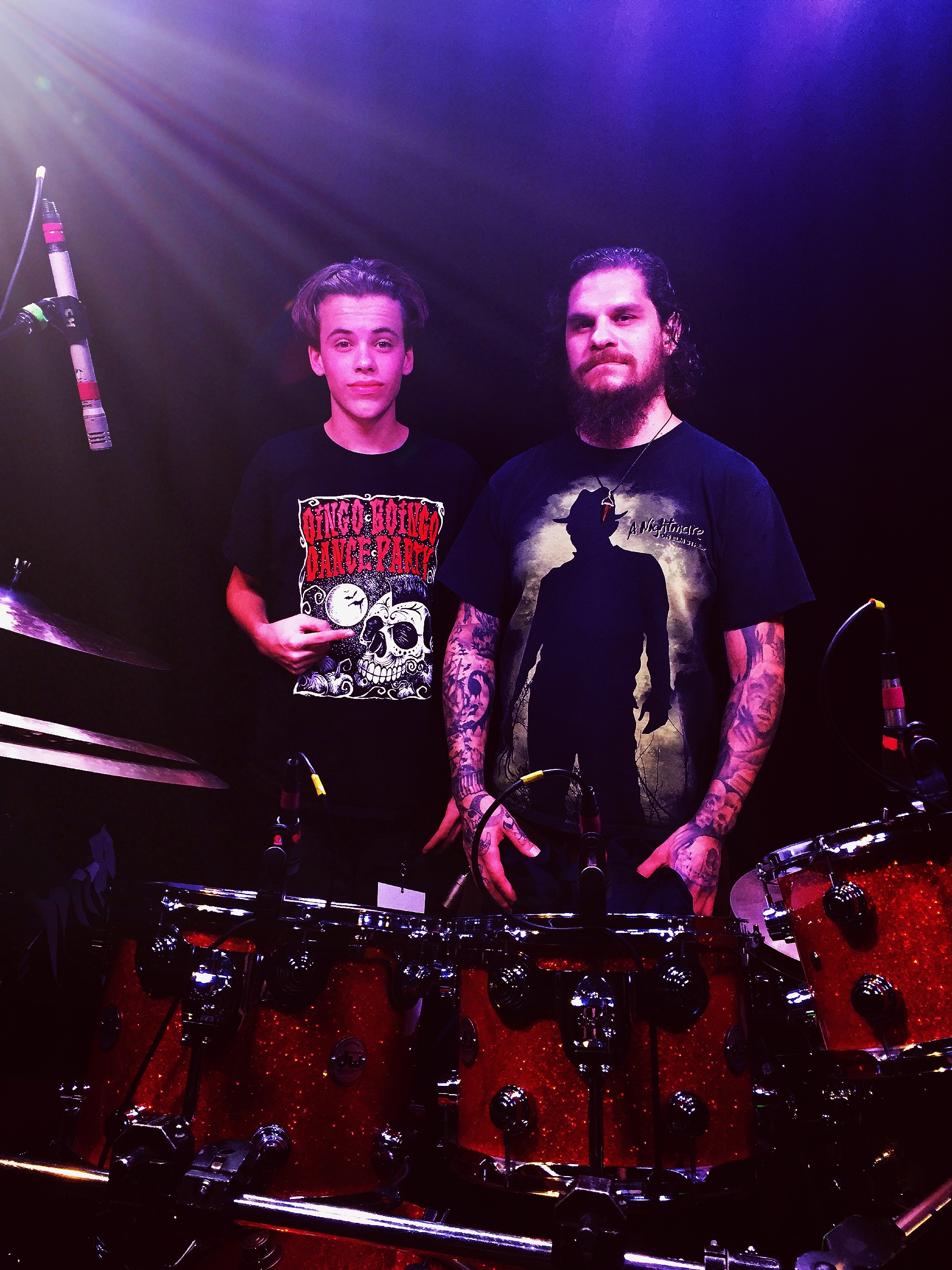 Pic above: Just after soundcheck at the Halloween show with our drum tech, Rudy Gonzales behind Vatos’ dw kit!  Rudy is a great guy and an awesome artist too – in fact, he designs the cool tour T-shirts like I’m wearing here…

The Halloween show at the Coach House was great, especially considering it was on a Wednesday night! The music came full circle for me, as I had started the month playing “Dead Man’s Party” with Orange County School of the Arts, and I ended the month playing the same classic song, only this time with Boingo… And that was crazy cool! 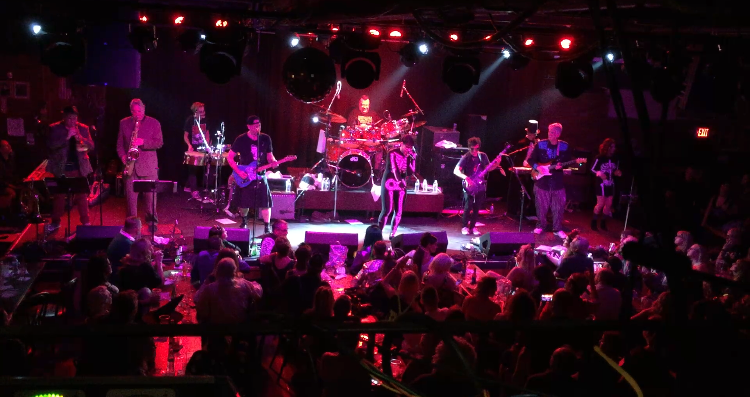 Halloween 2018 show at the Coach House 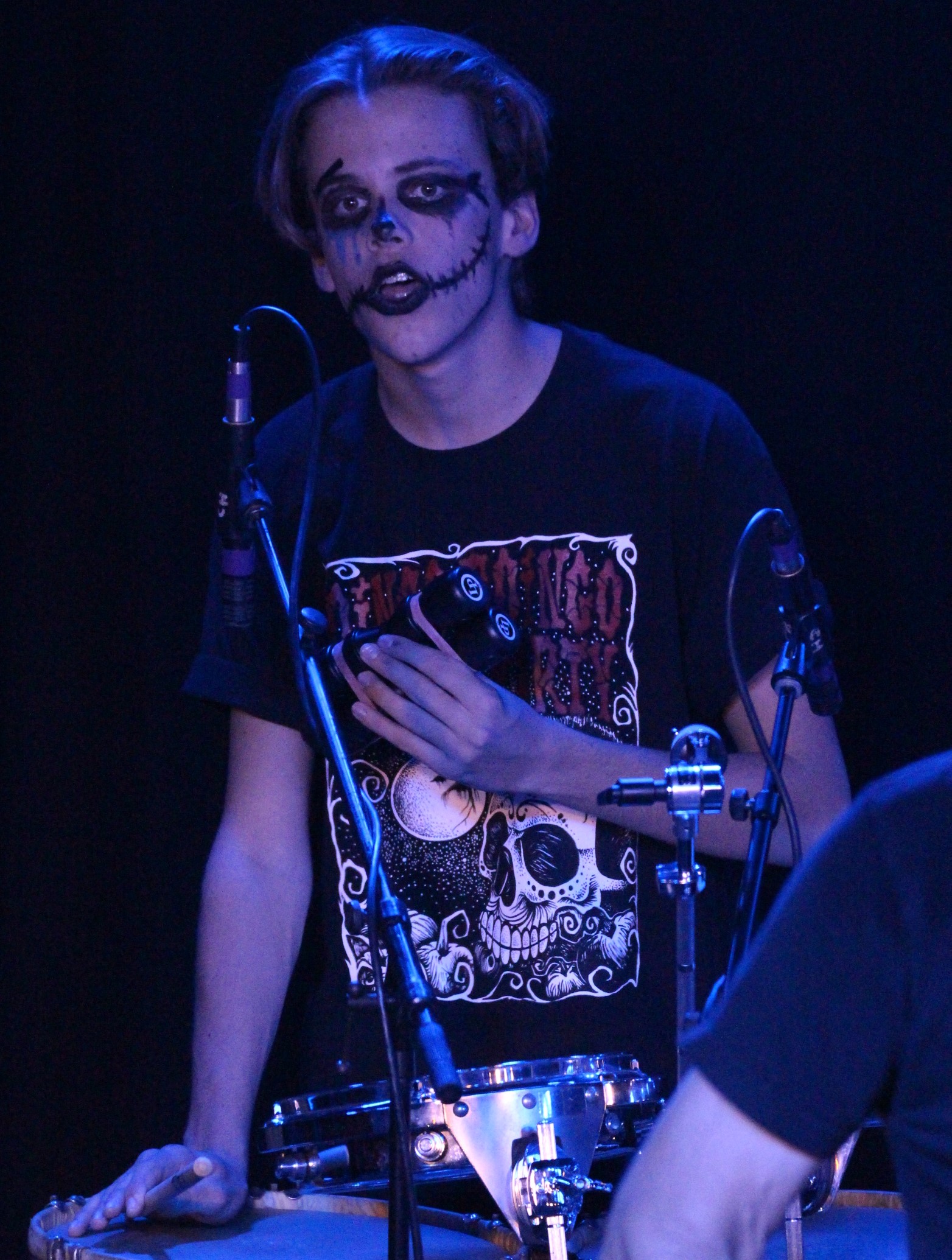 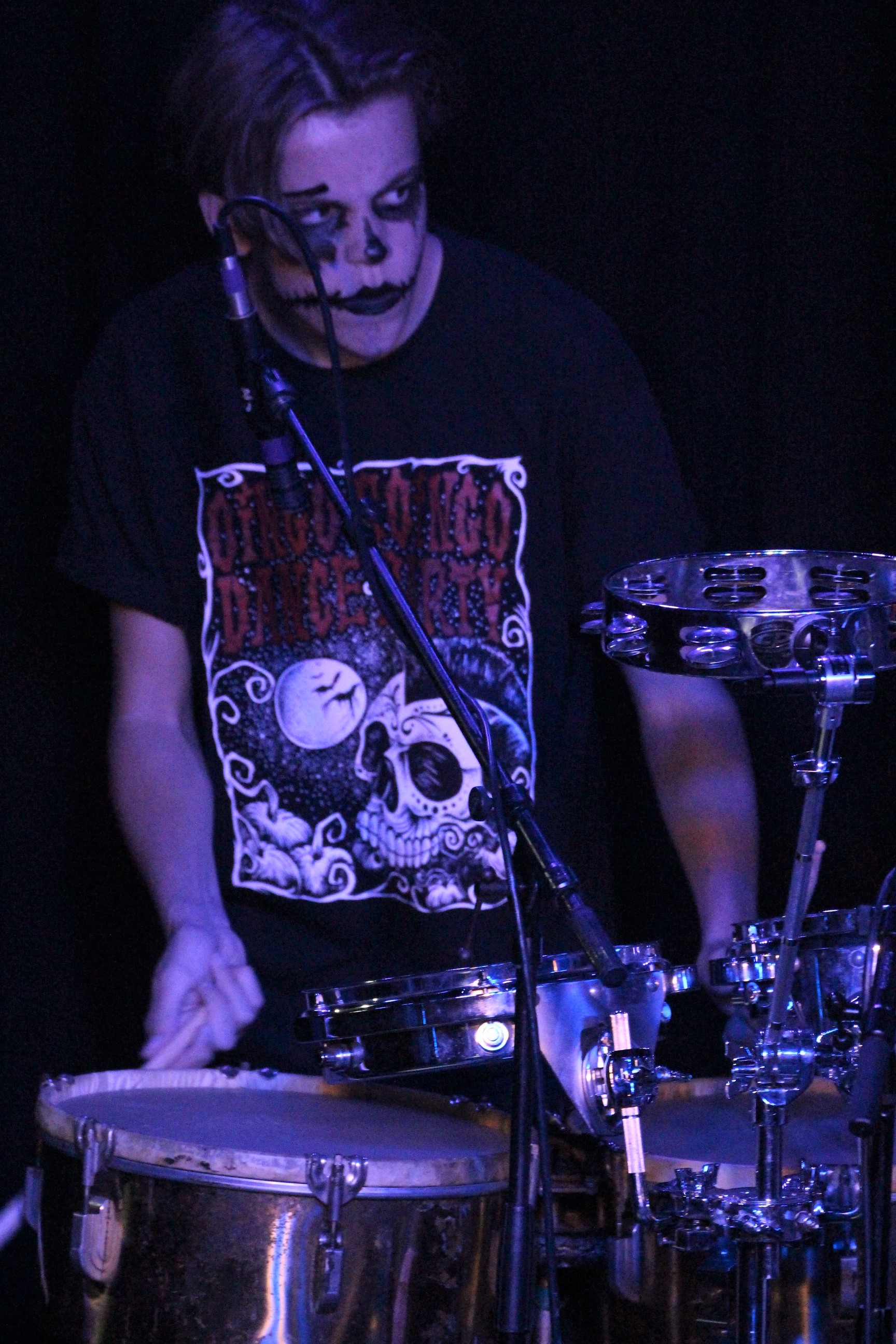 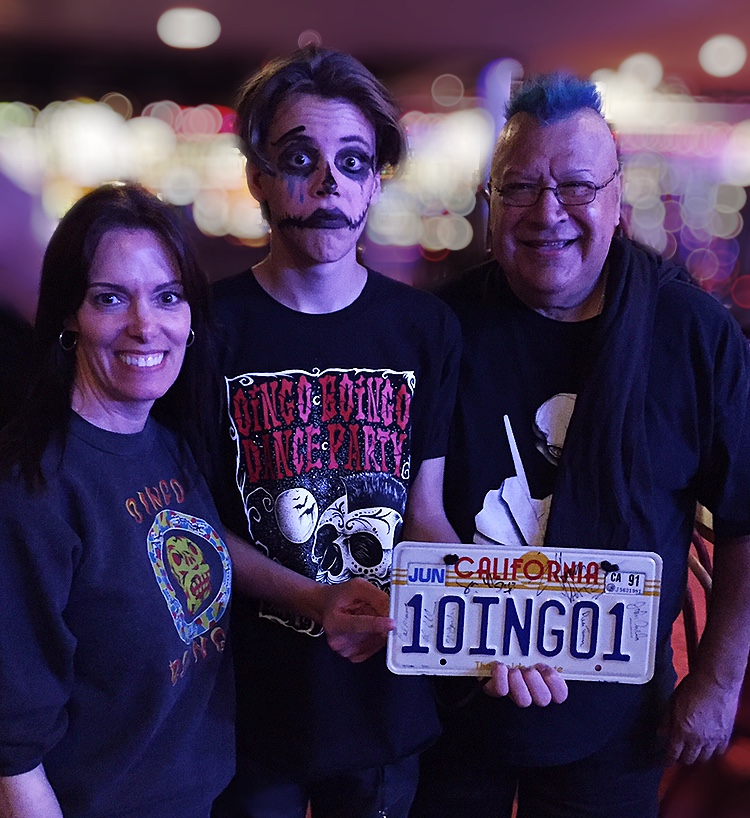 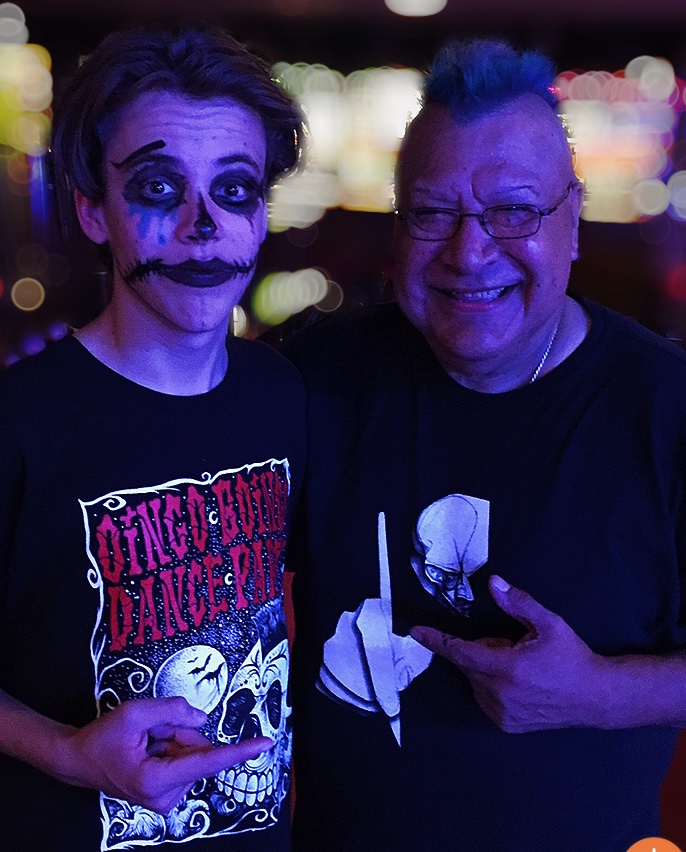 The drummers!  Thanks John!

Thanks for checking out thomasondrums.net! I hope to see you at the next show!

Special thanks to Fred Zermeno Photography for the awesome show images!