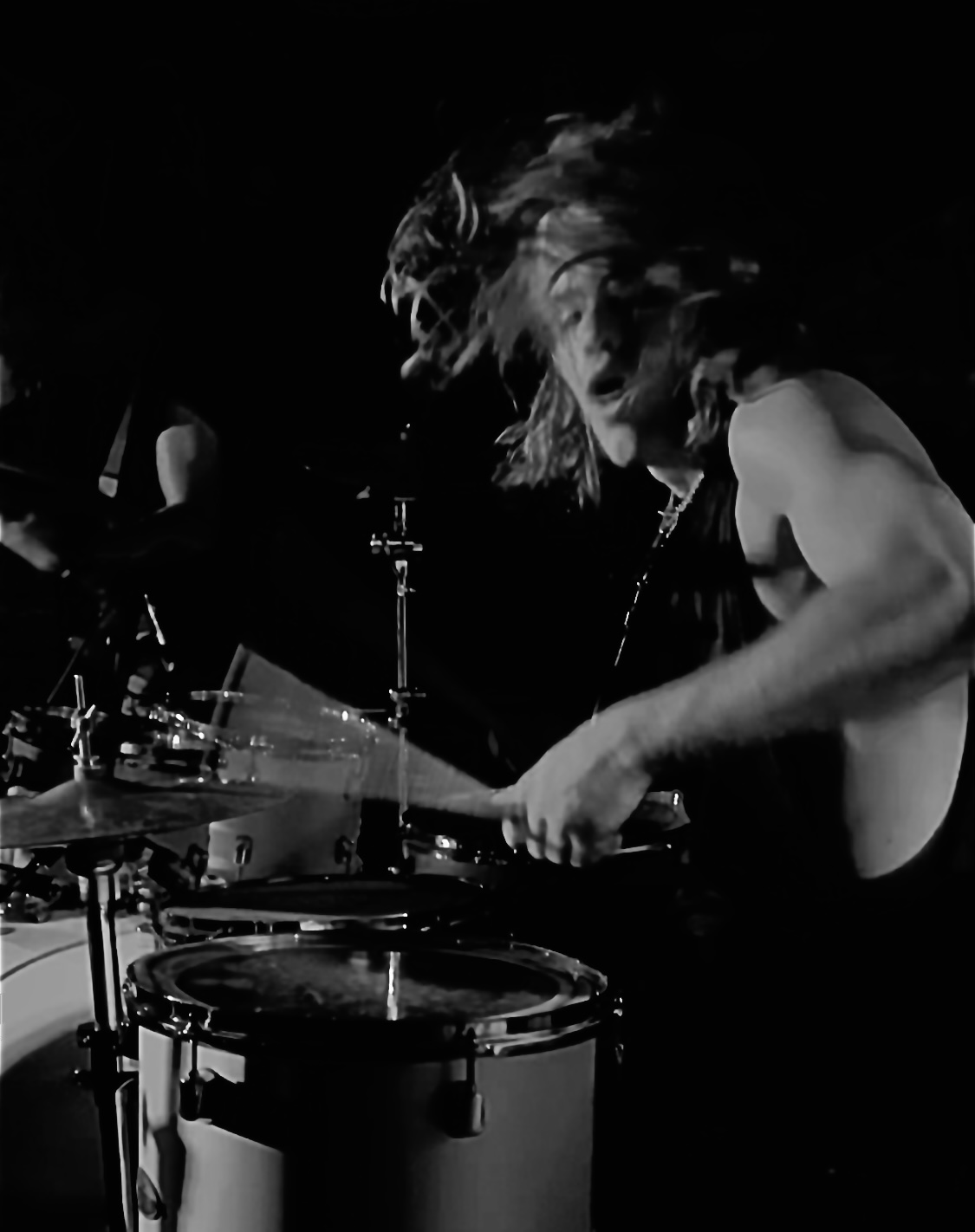 Hello everyone! Thank you for checking out thomasondrums.net! I have been so busy behind the drums, that I wanted to take a few minutes to catch you up on where my journey with music and the drums has taken me…

I have completed my freshman year at University of Southern California – Thornton School of Music, Popular Music Program.  I’ve really enjoyed working with my Professor of Drums, Mr. Will Kennedy (The Yellowjackets). I performed in four live shows at USC for the Pop Music Program thus far, with more to come, so stay tuned! 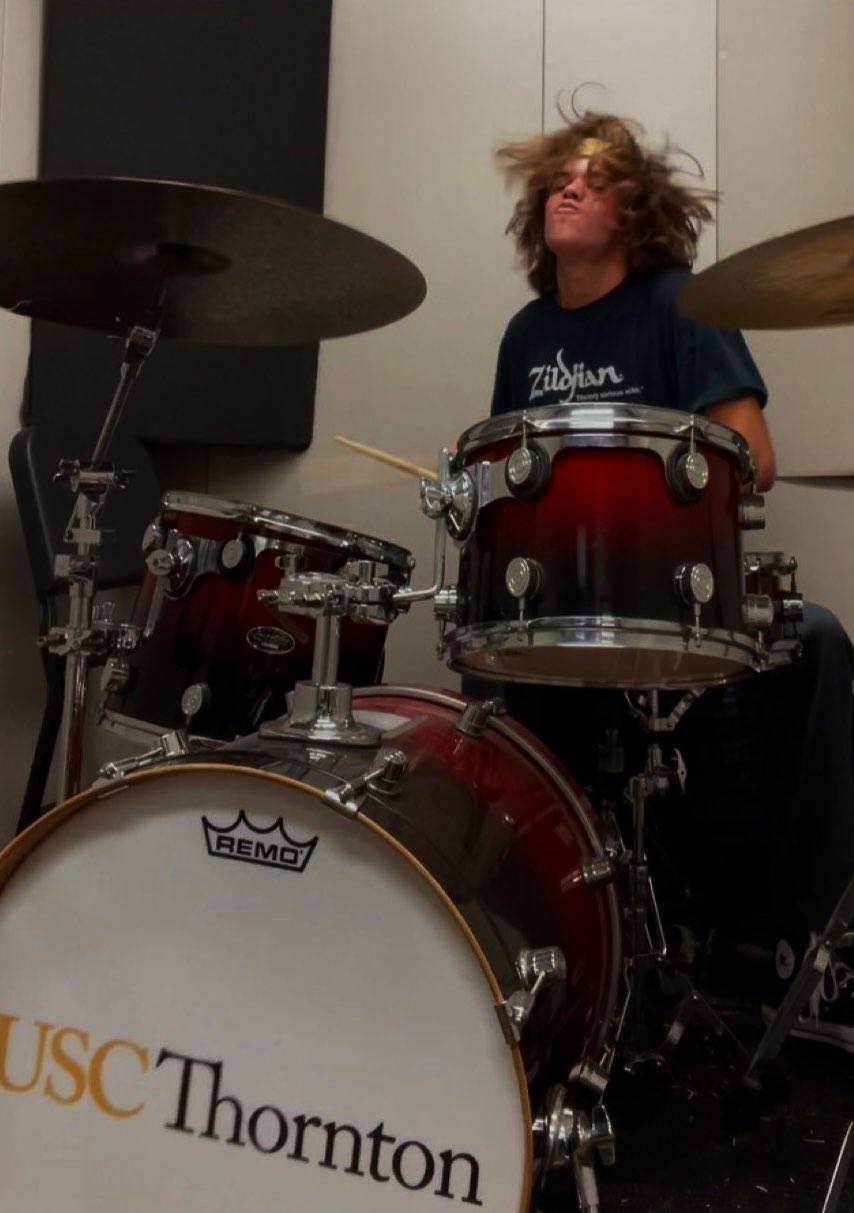 Photo Above: thomasondrums in a practice room at USC Thornton School of Music 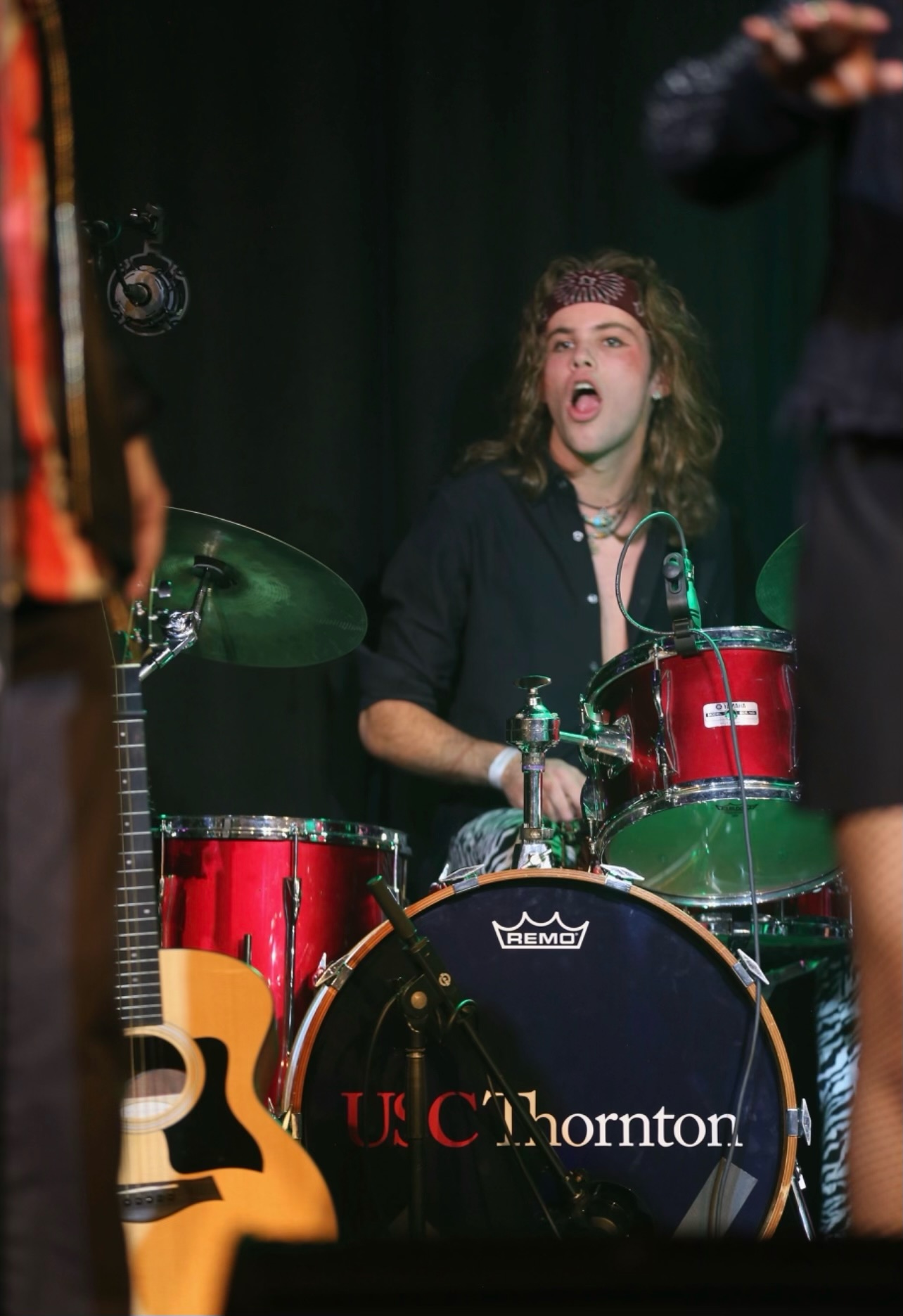 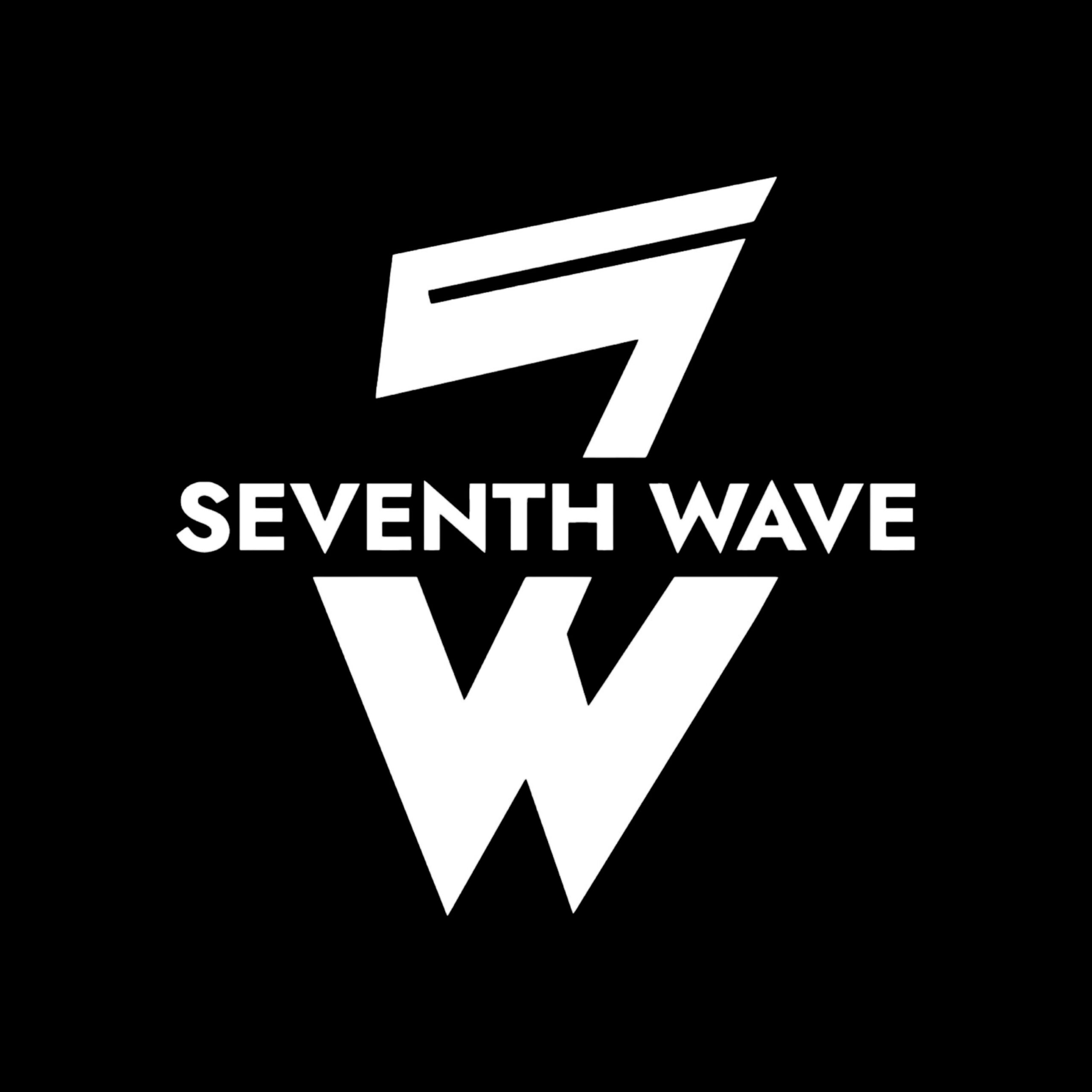 Photo above: The Seventh Wave band logo which was designed by my Uncle, Michael Lowrey & me, Summer 2021 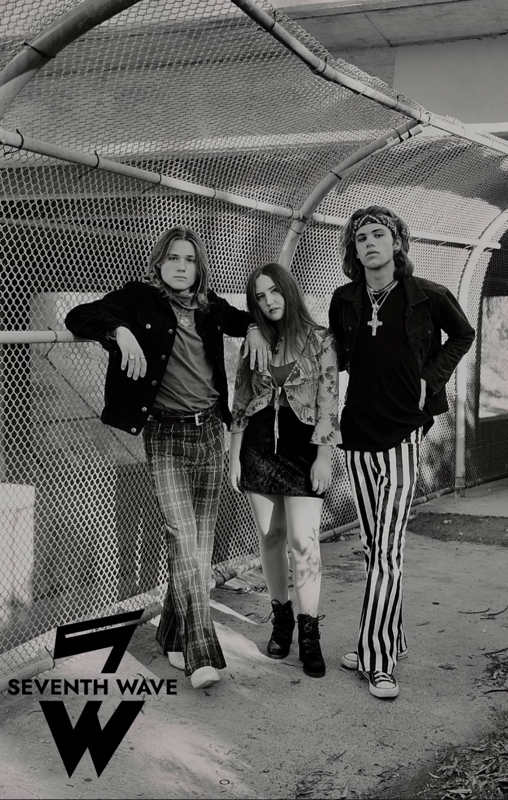 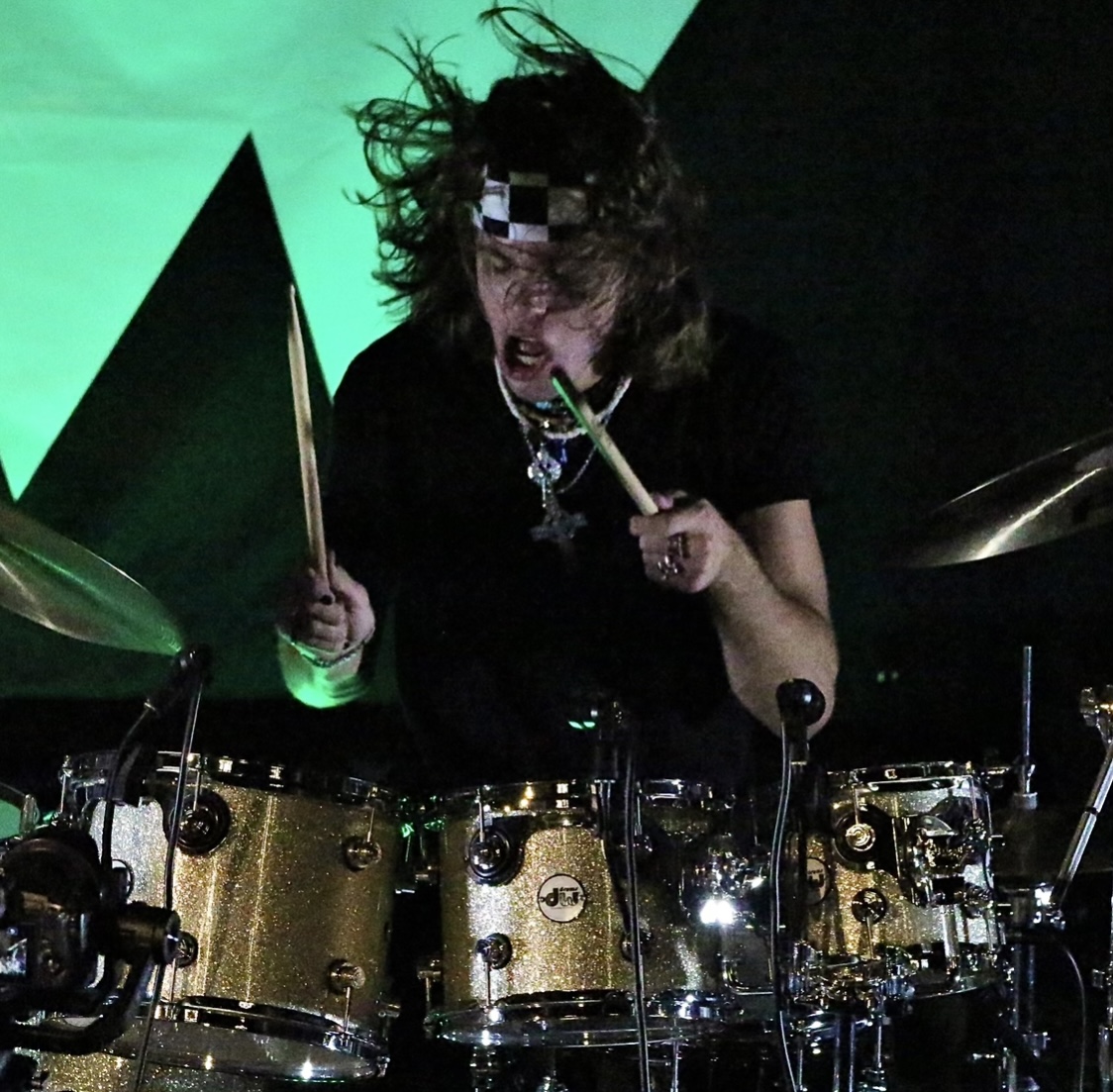 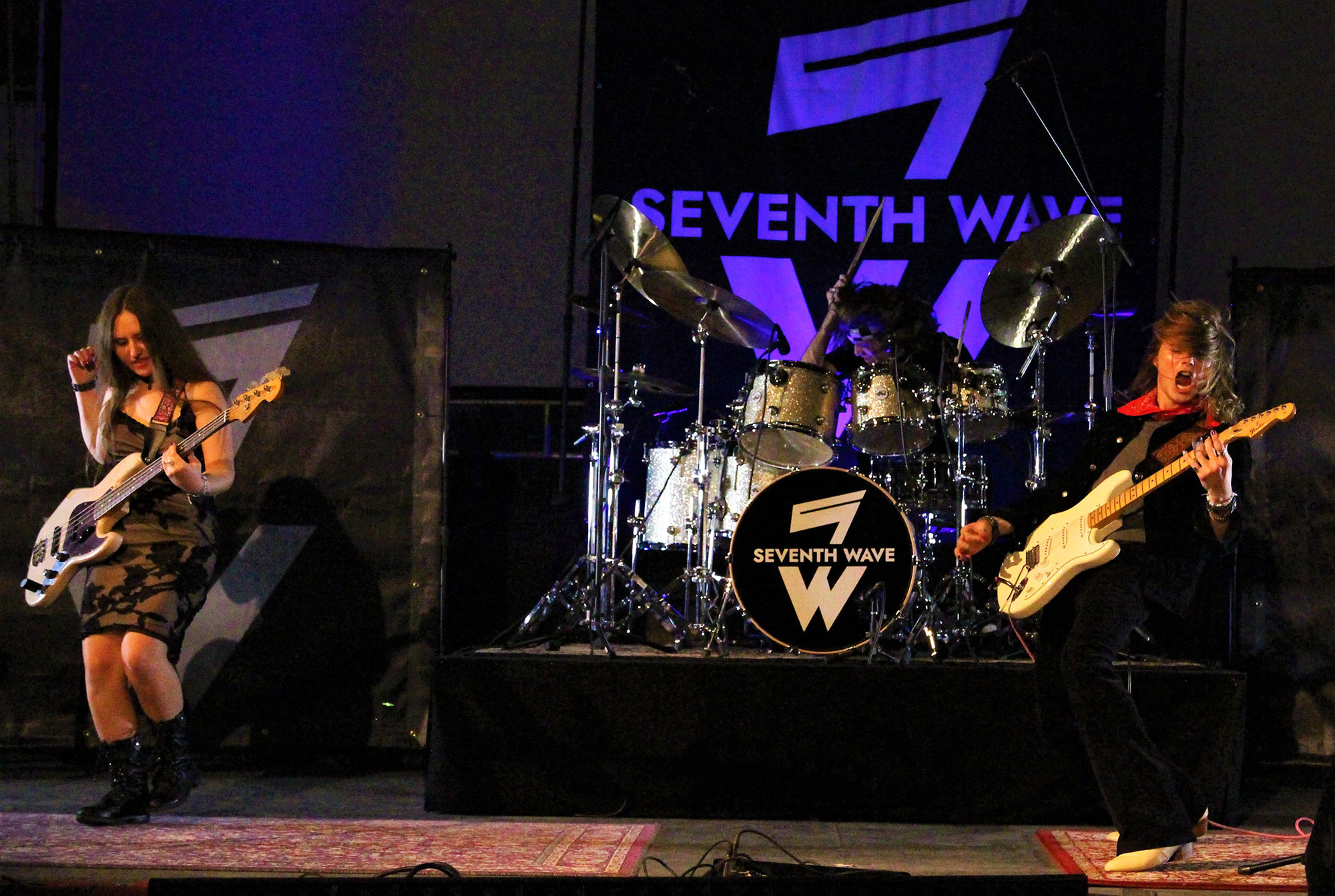 In October of 2021, I was contacted by lead guitarist, Brinley Amicon and asked to audition to play drums in her new Blues/Rock band called, Vonan. I subsequently auditioned for Brinley at Sound Bite Studio in Los Angeles.  Following my audition, I was asked to join Vonan! I  have been writing and recording music with Brinley Amicon and bassist/keyboardist, Johan Carpenter. So, stay tuned for more music news from Vonan to come! 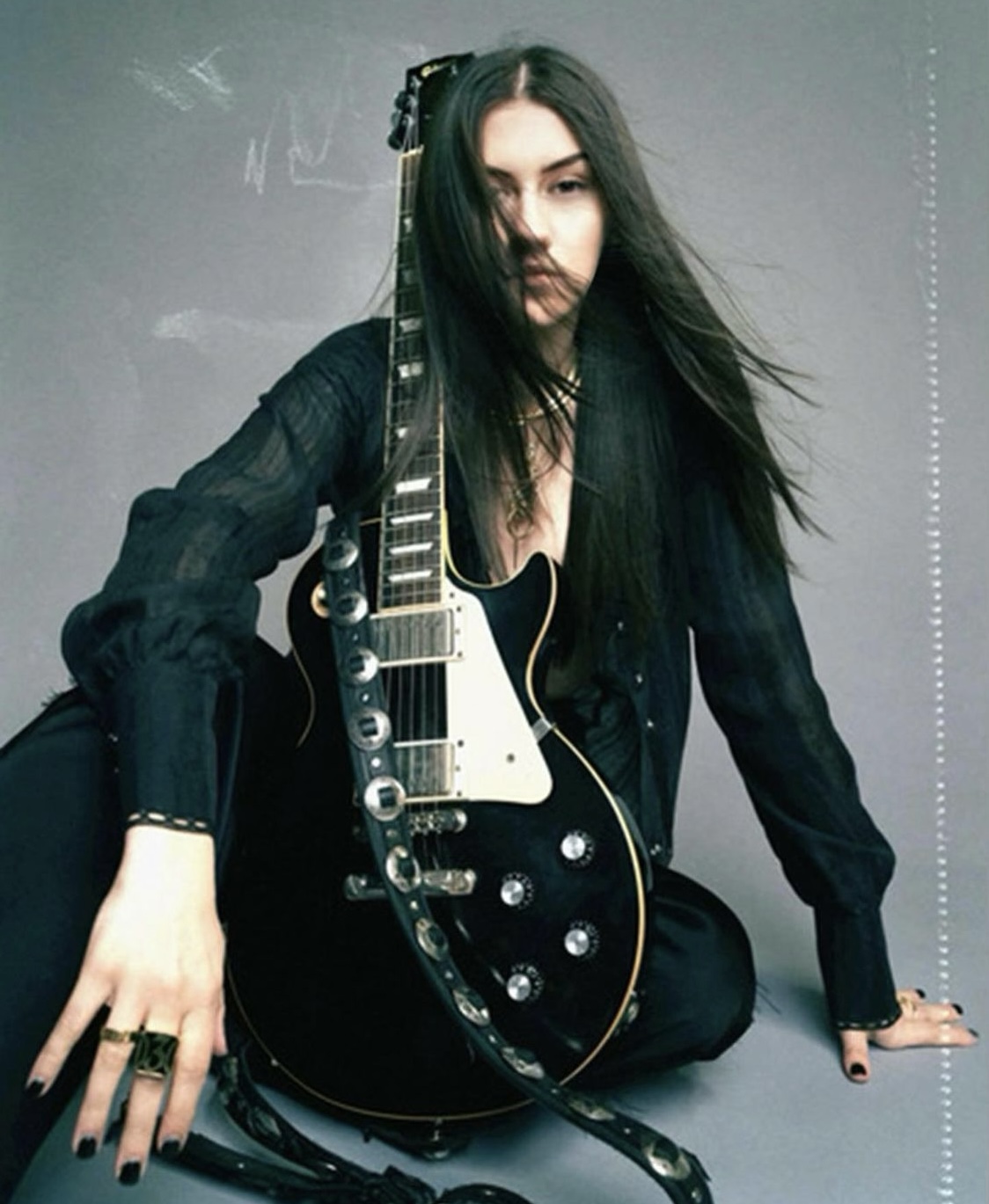 Photo above: Brinley Amicon – called me to audition for her new band, Vonan. 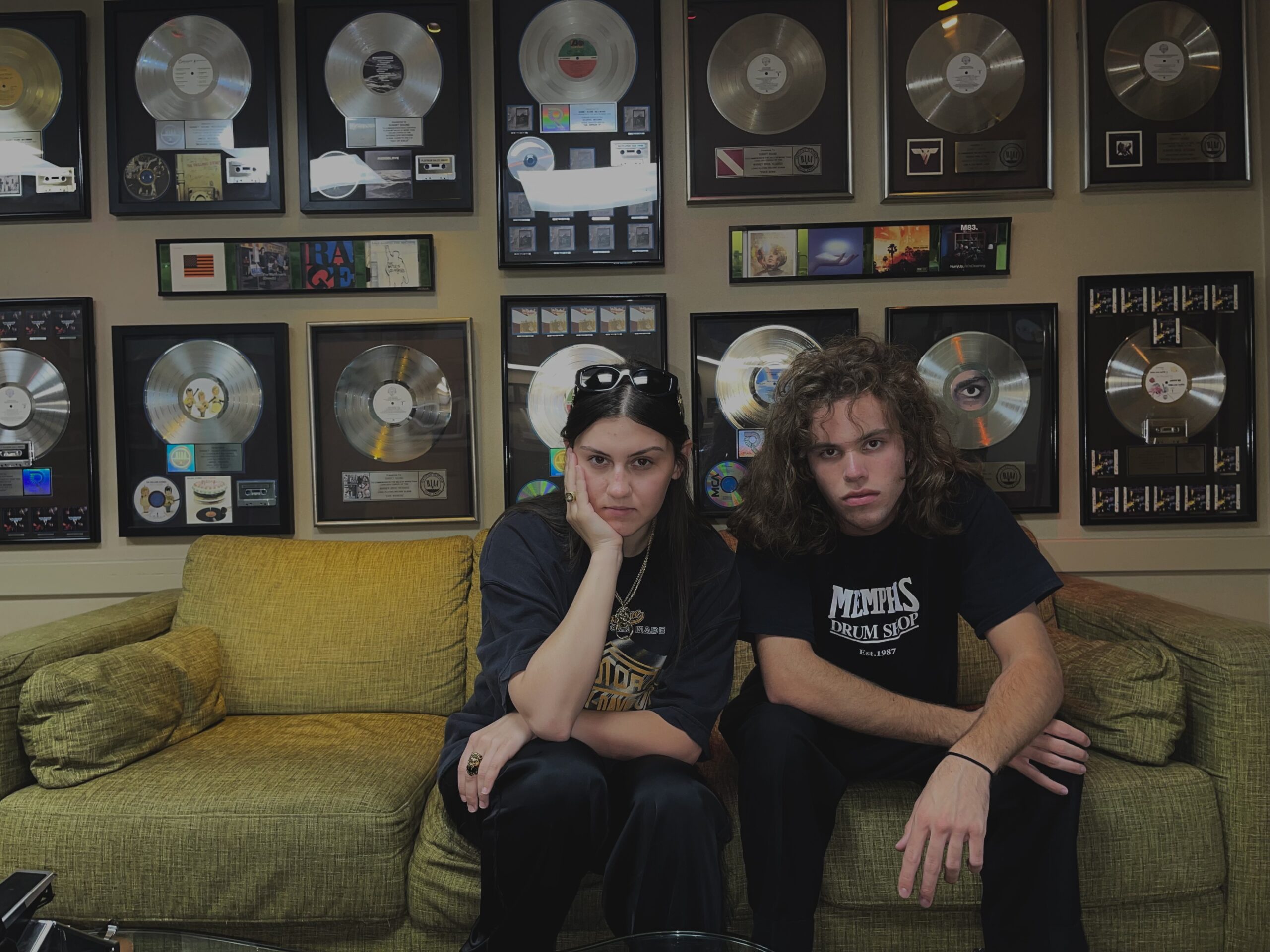 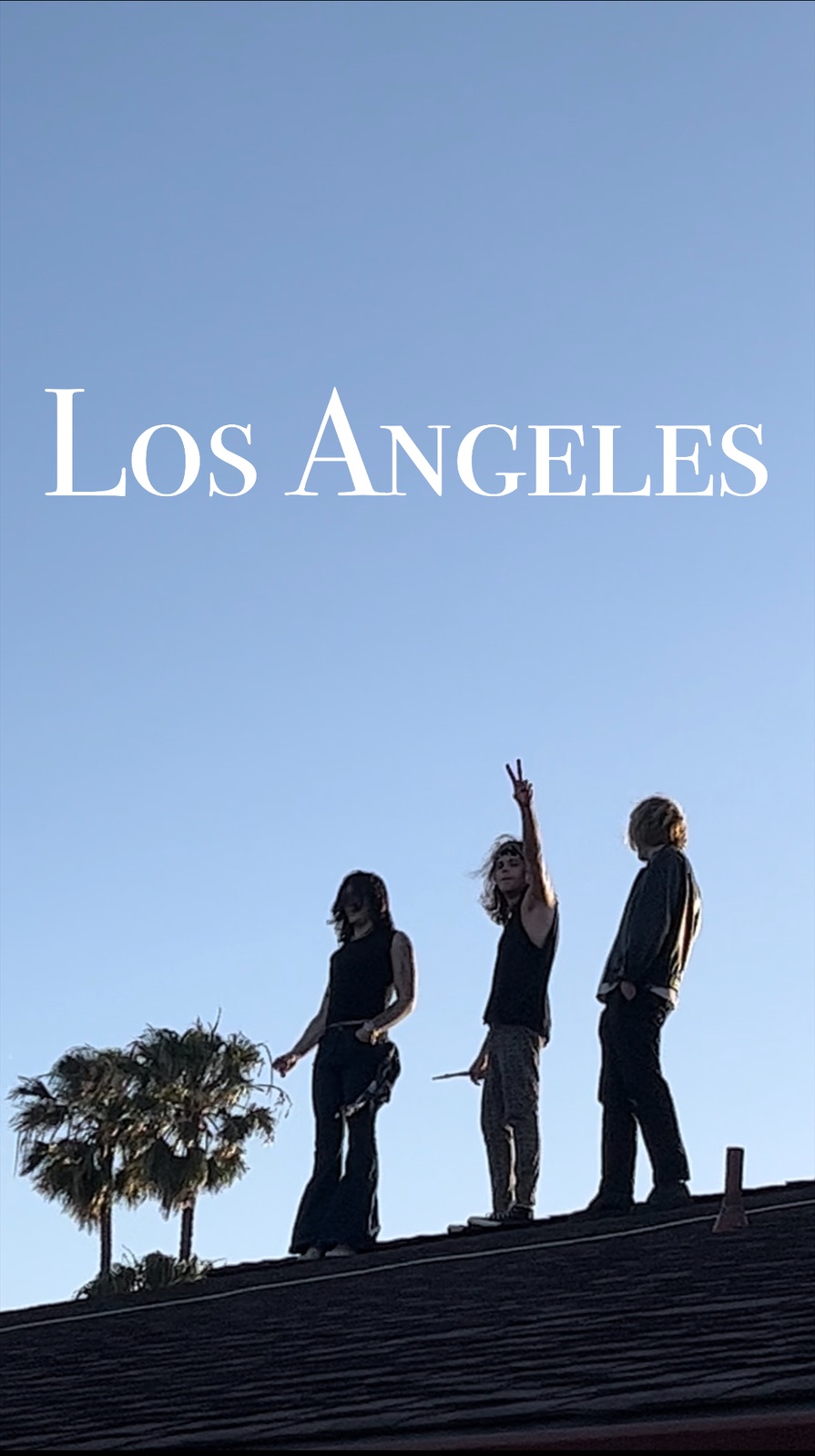 Photo above and below: Quinton Griggs, Thomas Lowrey and Marshall Via, Los Angeles, 2022

On February 18, 2022 I auditioned to play drums with Quinton Griggs’ band at Musician’s Institute in Hollywood, California.  It was an exciting audition process to go through, and in the end, I was hired! I am excited to be playing music with Quinton and our lead guitarist, Marsall Via, who happens to be a USC Thornton School of Music Grad! Fight On! 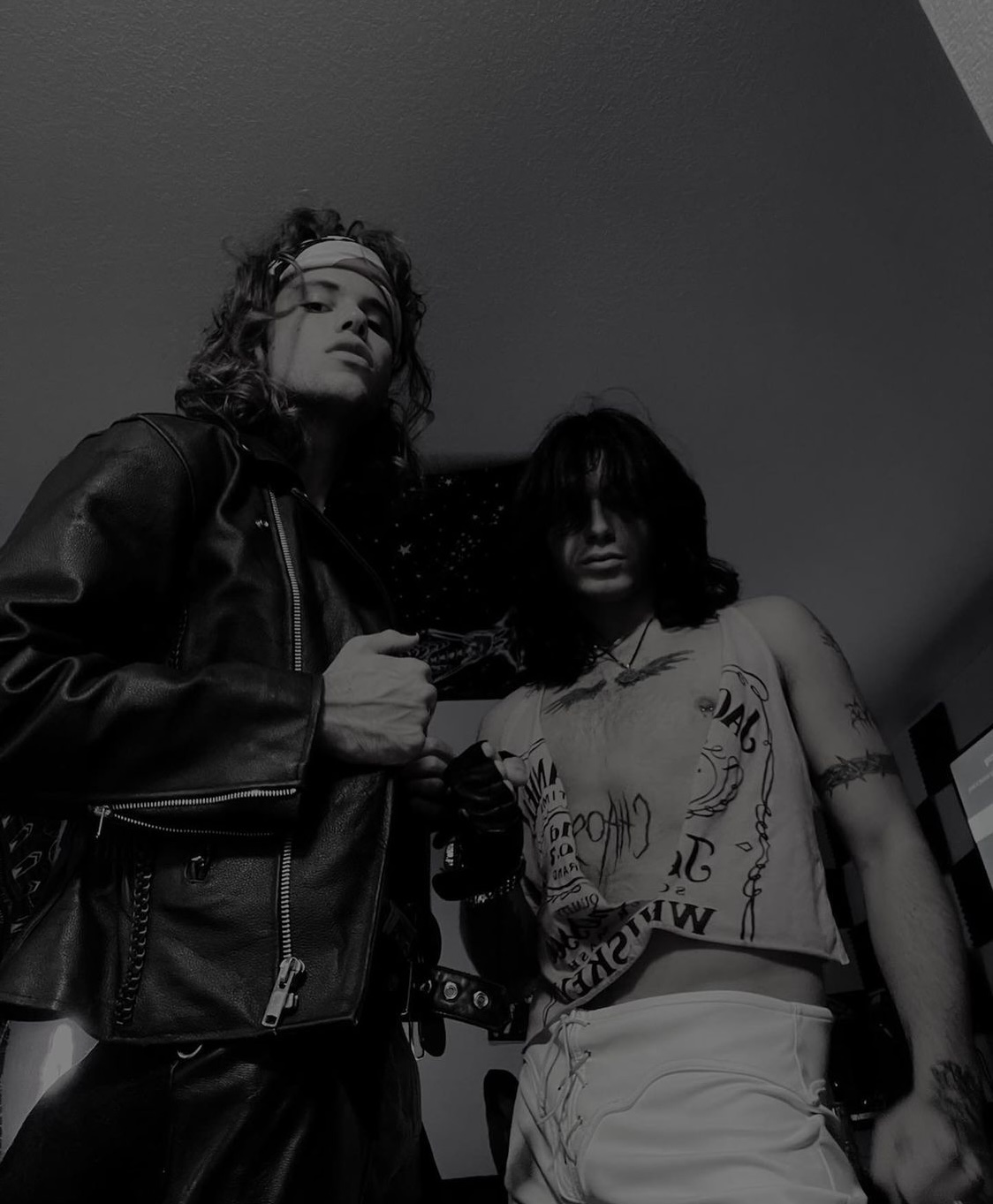 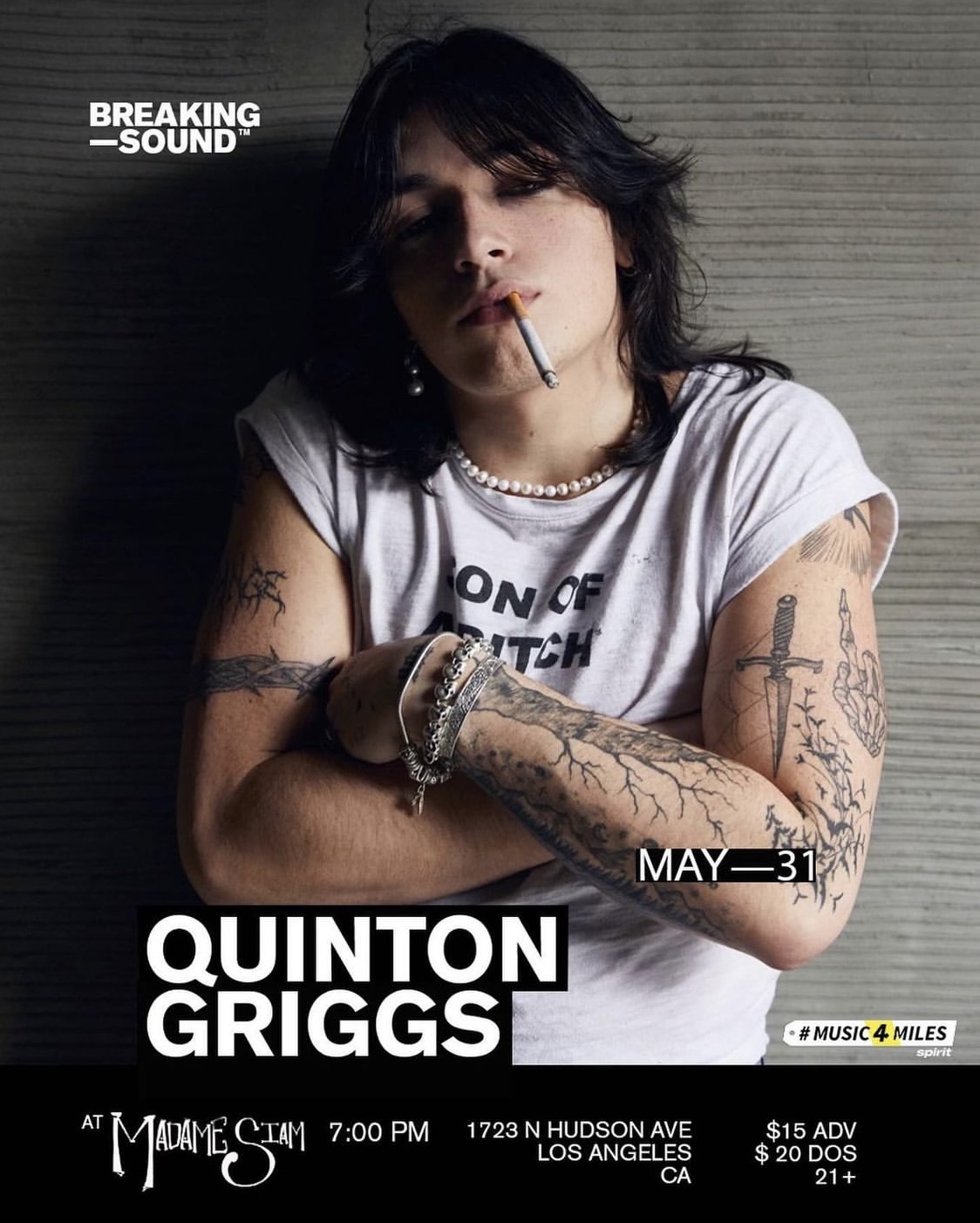 Photo above: Show Bill for our first show 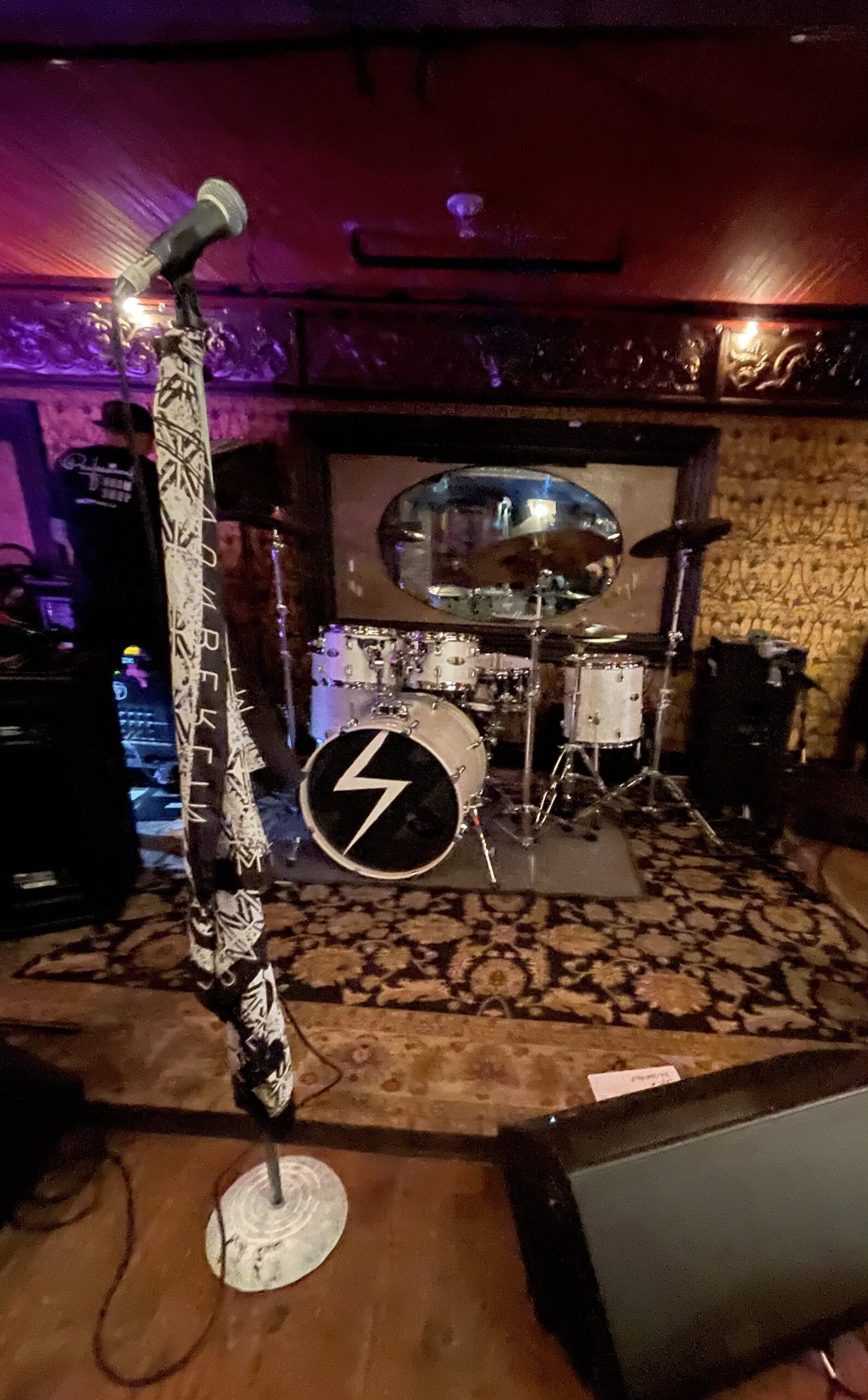 Photo above: My drum kit ready to go at Madam Siam, Hollywood. 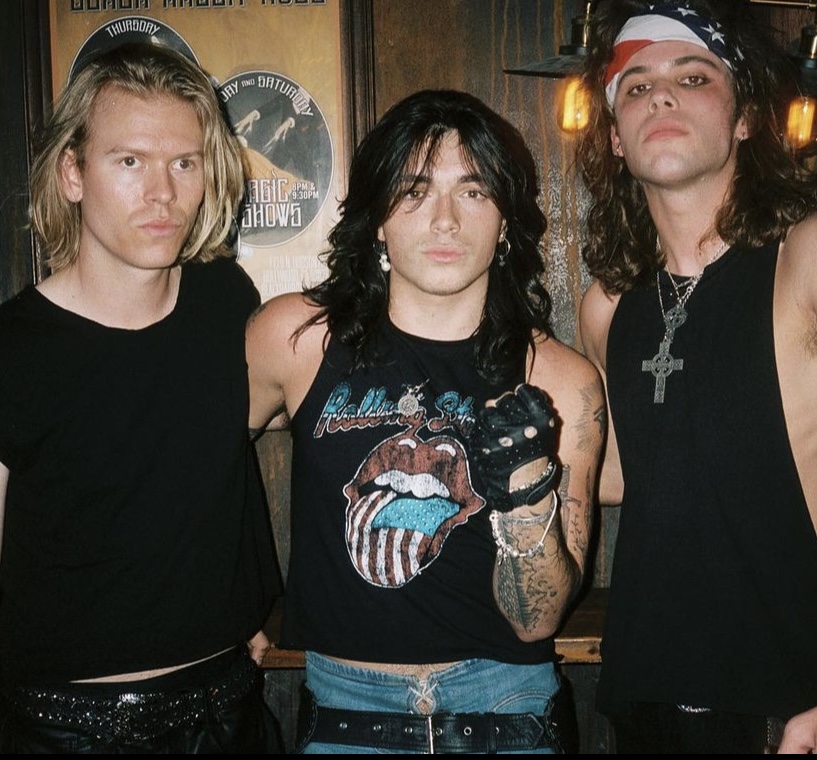 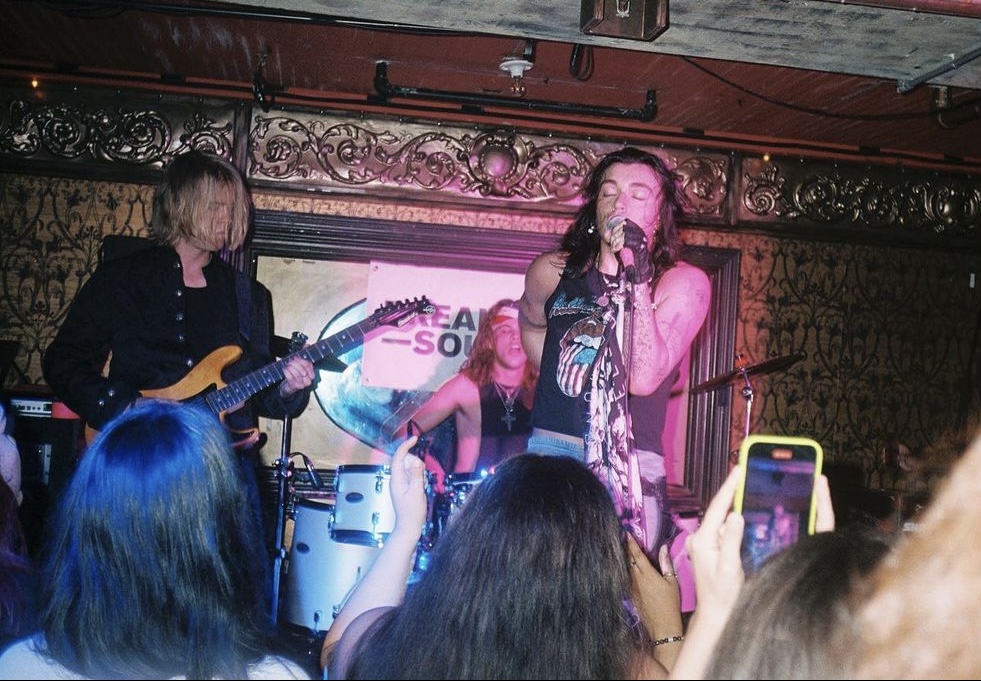 Quinton Griggs played our first live show together at Madam Siam in Hollywood, California on May 31, 2022.  We subsequently performed live on Idobi Radio, and for an All Saints live music production- both of those latter performances were video recorded and are pending release.  And more exciting news – we shot a music video in Los Angeles for a soon-to-be released single, “Anything Goes” – so stay tuned for that! 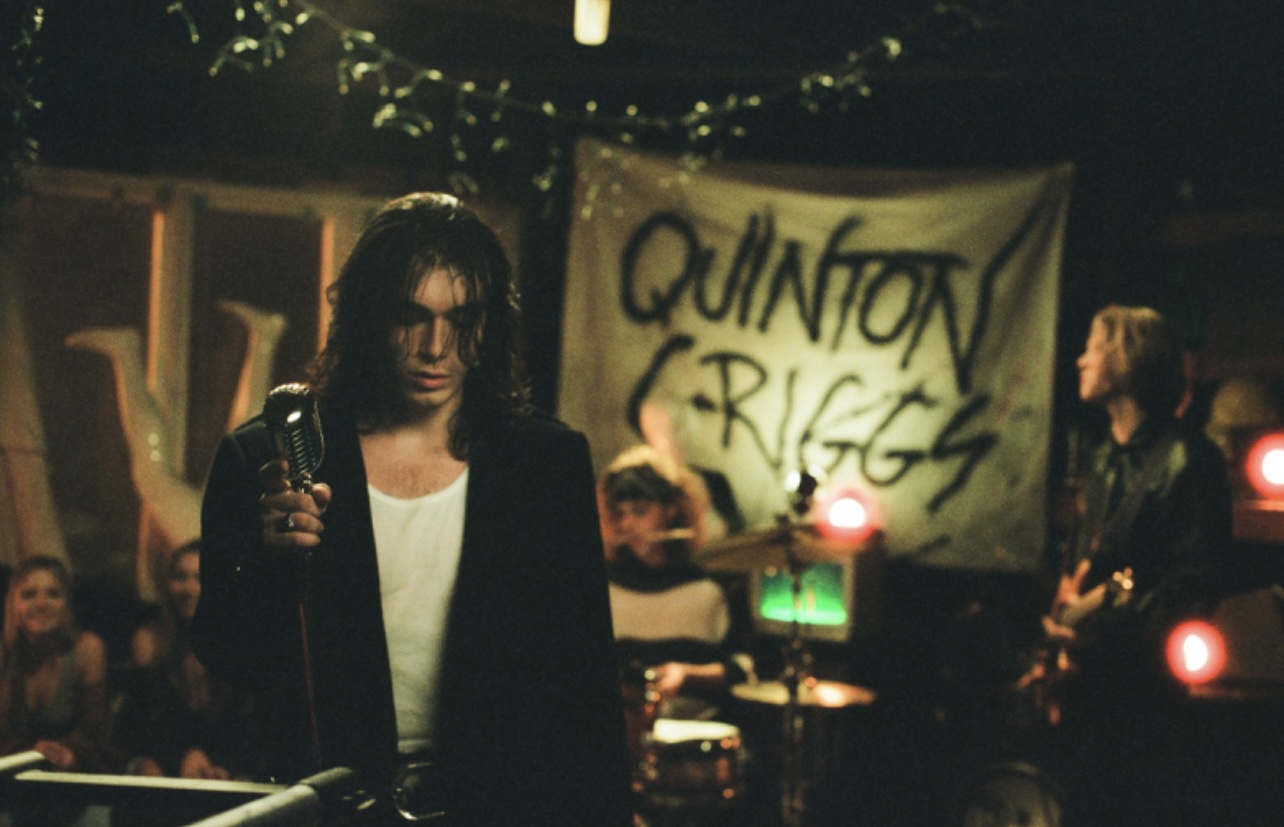 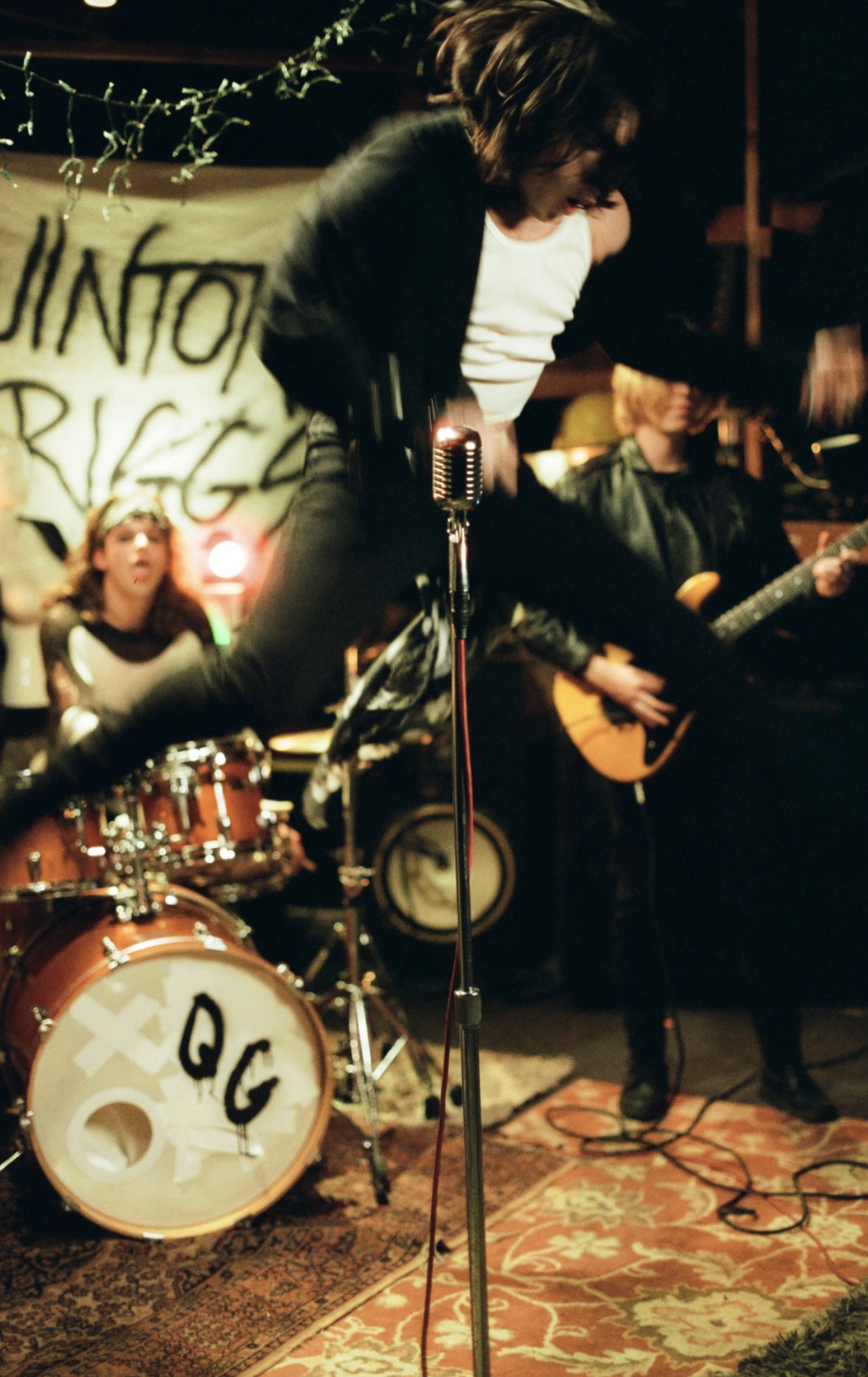 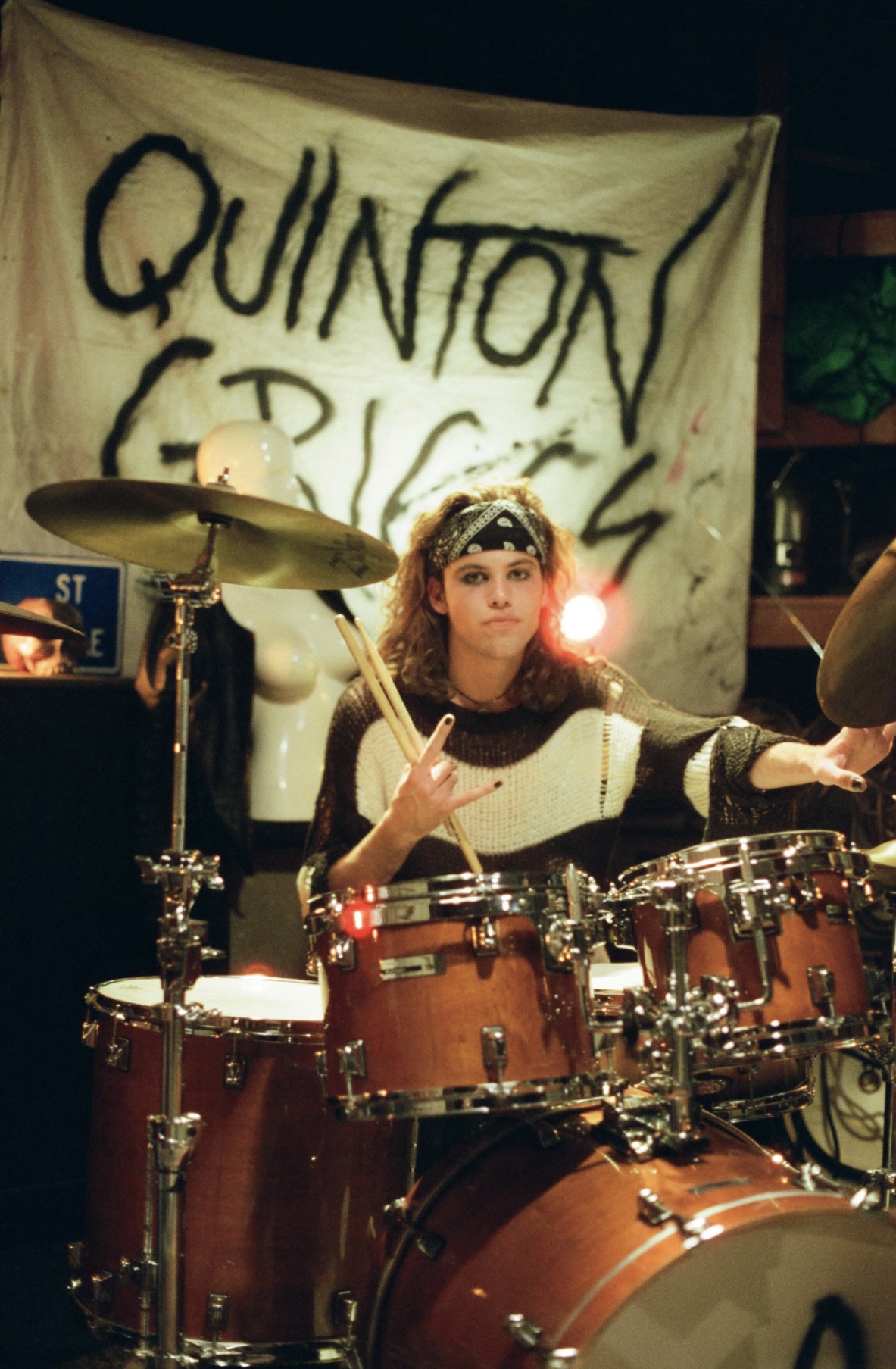 Photos above: Behind the Scenes at the music video shoot in Los Angeles for “Anything Goes” 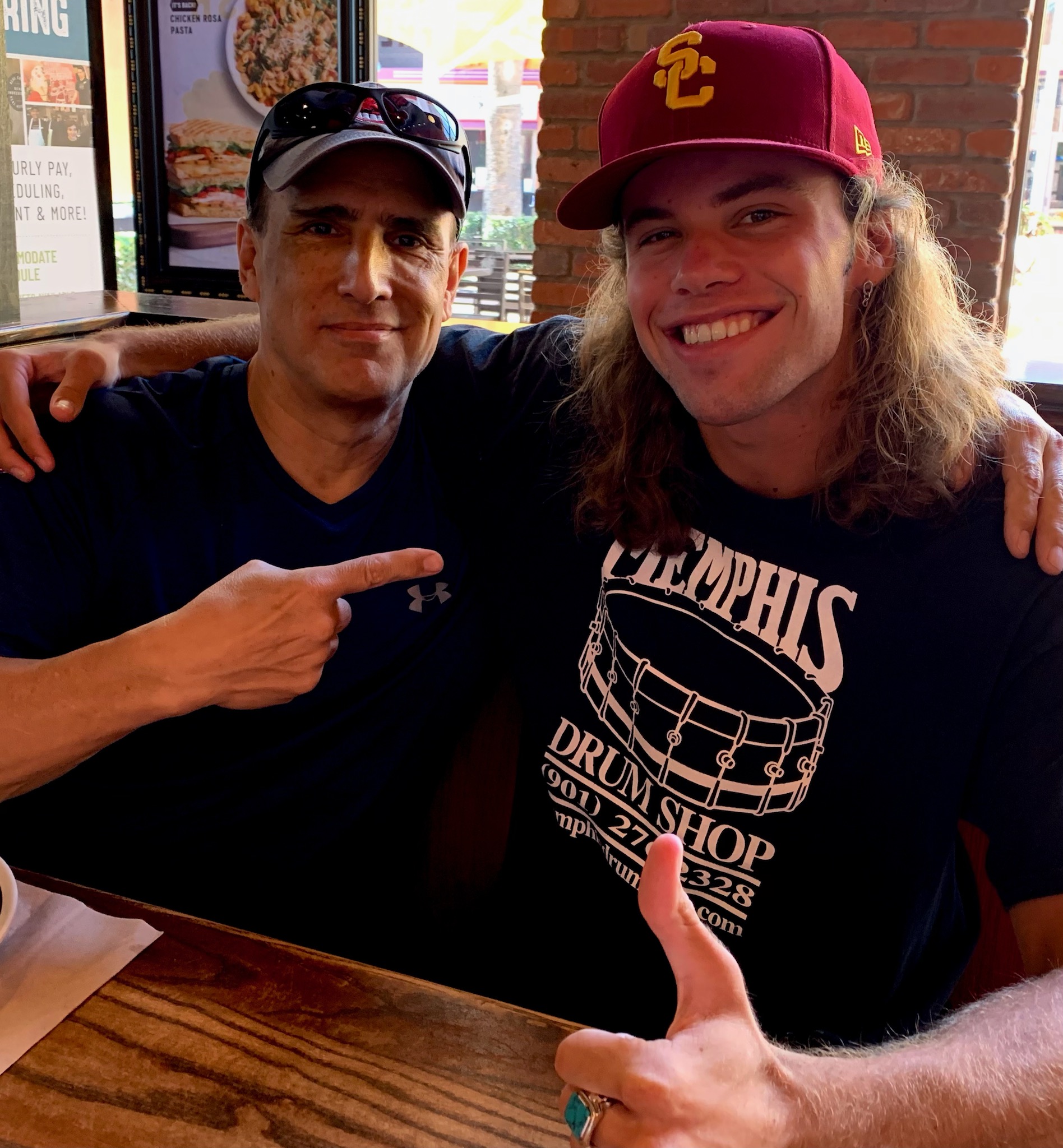 Photo Above: It was great to have lunch with Tony Torres, my drum teacher from Orange County School of the Arts!  Drummer’s Stick Together! 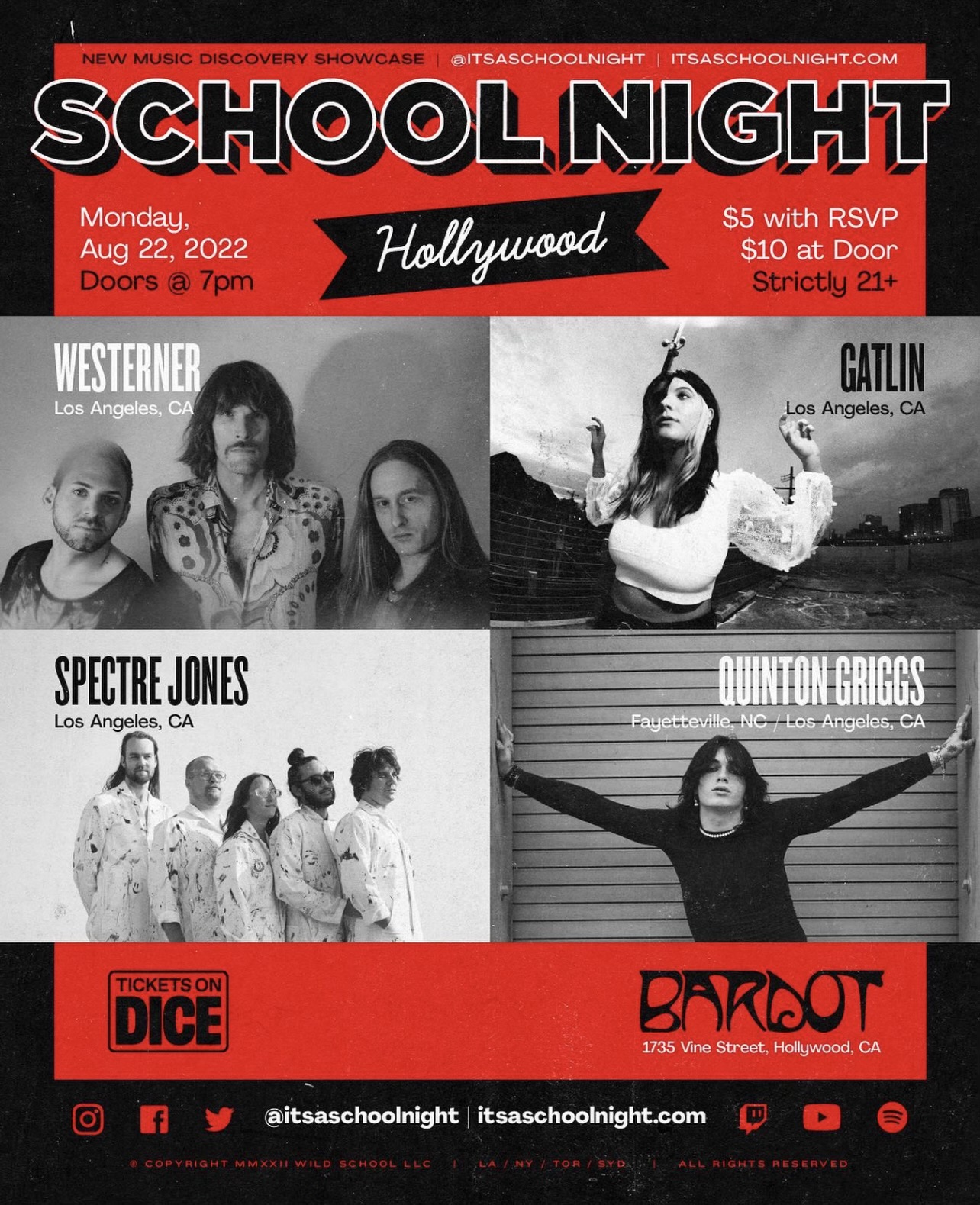 Photo Above: Show Bill for our next Quinton Griggs LIVE show!

I’ll be banging drums with Quinton Griggs at “Bardot” in Hollywood, CA on August 22, 2022. I hope to see you there! 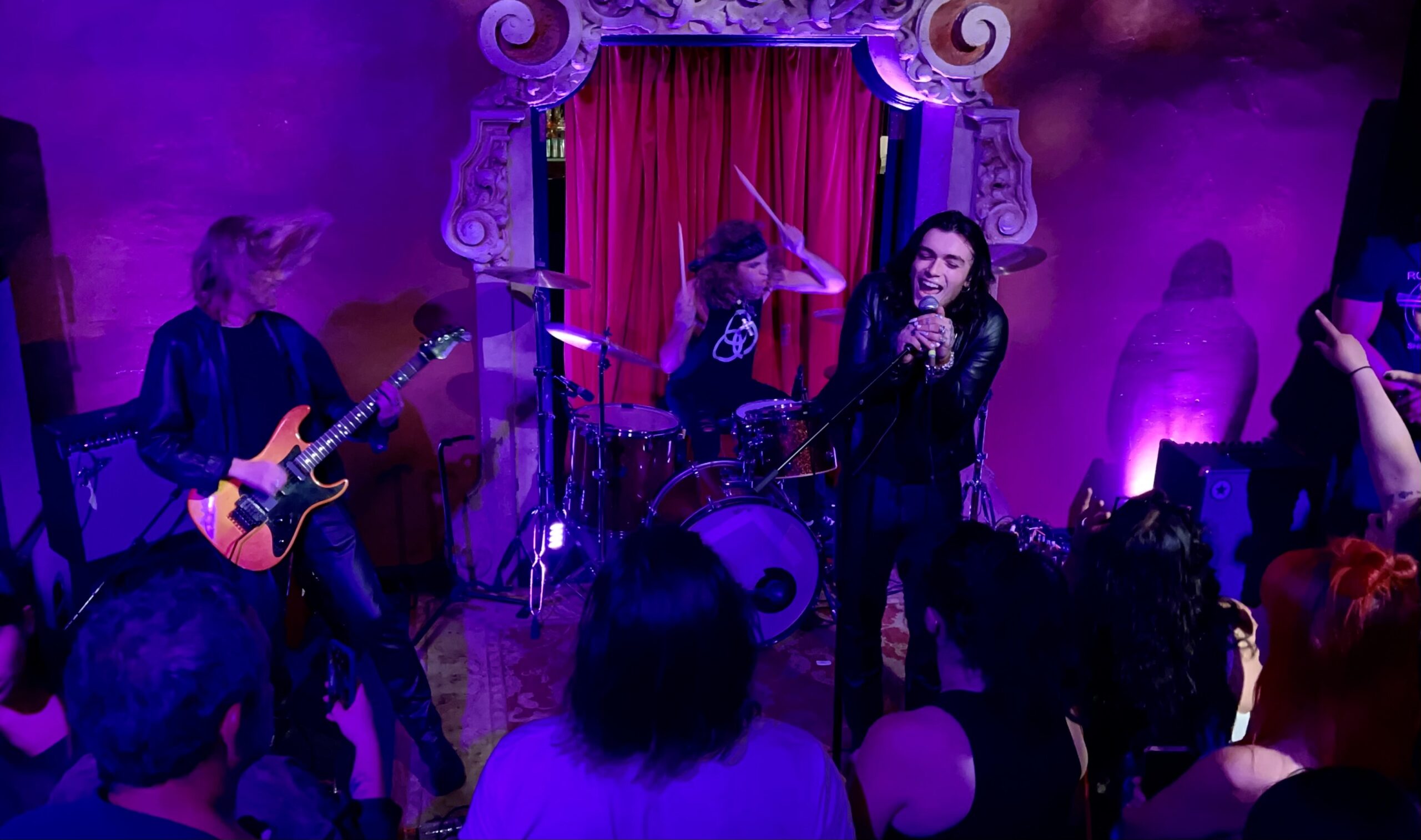 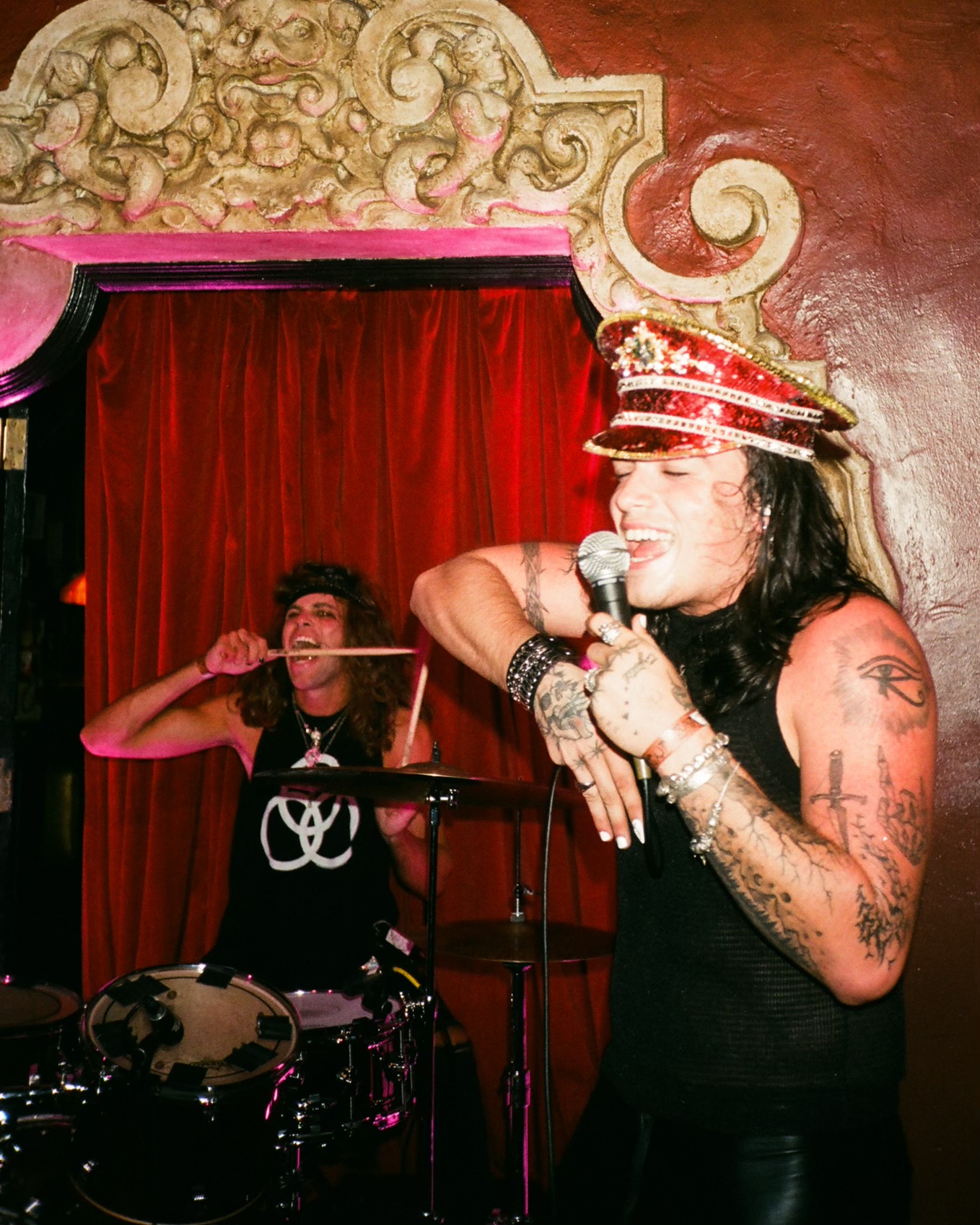 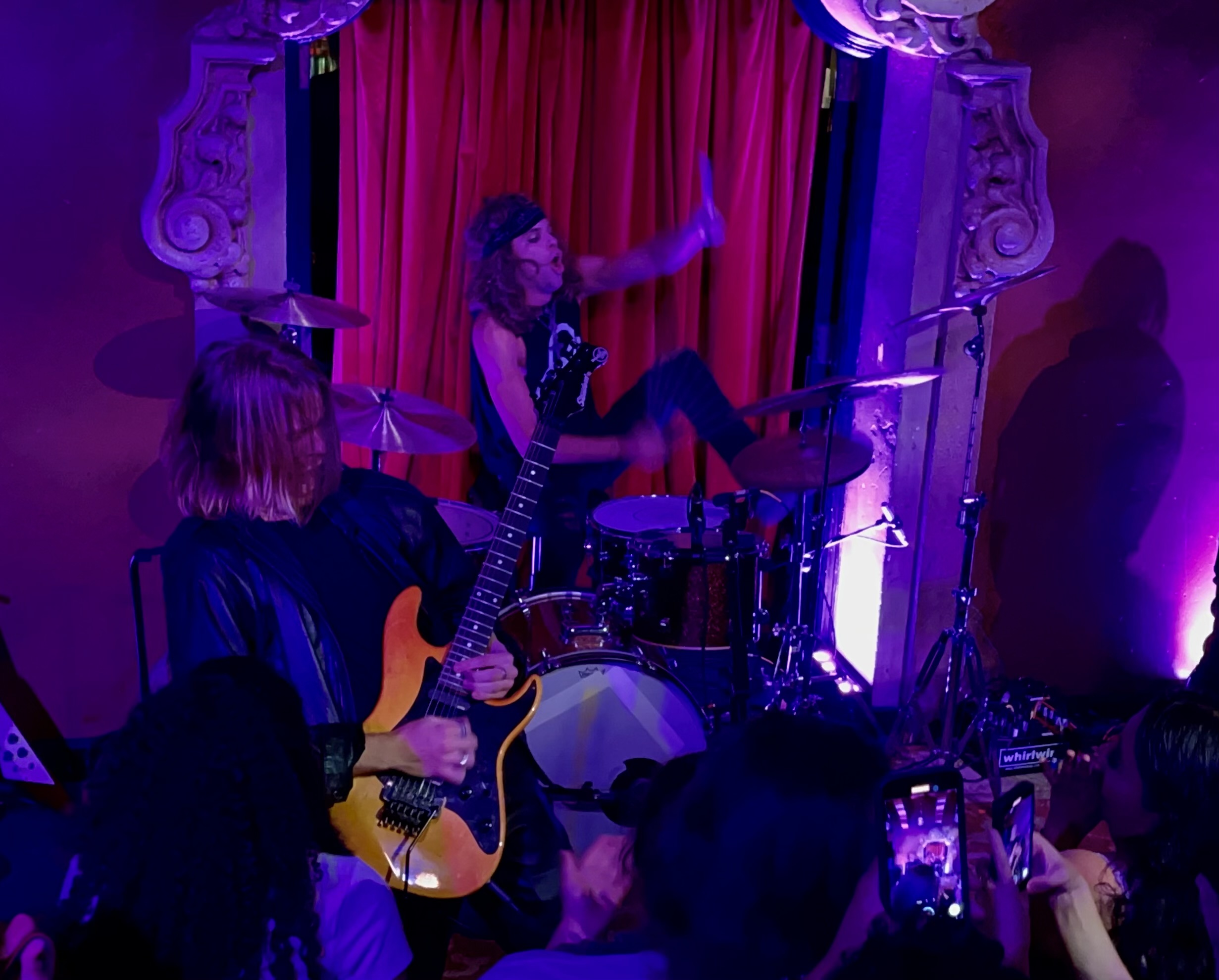 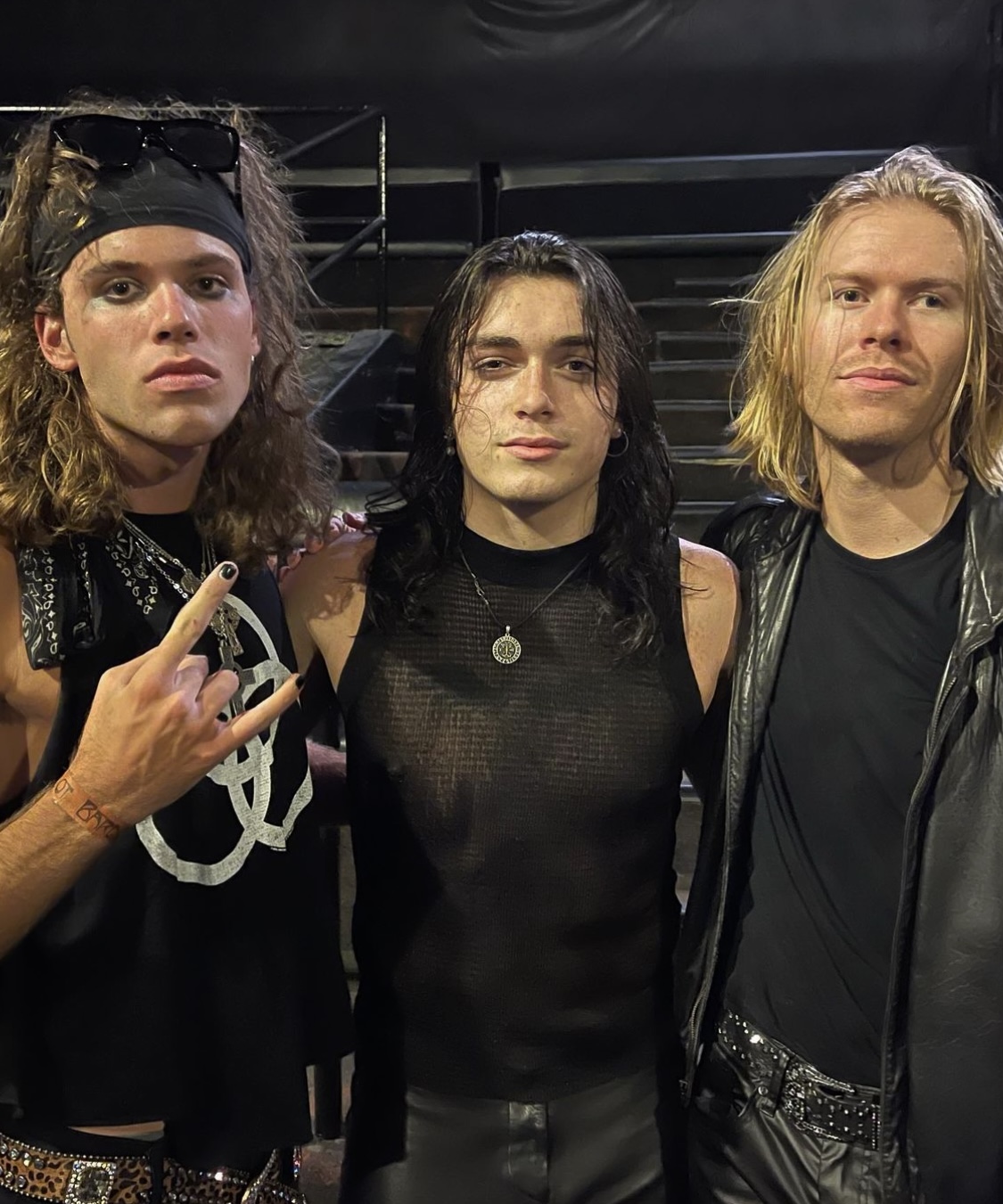 Photos Above: Thomas Lowrey, Quinton Griggs and Marshall Via LIVE at Bardot in Hollywood, California 8/22/22. 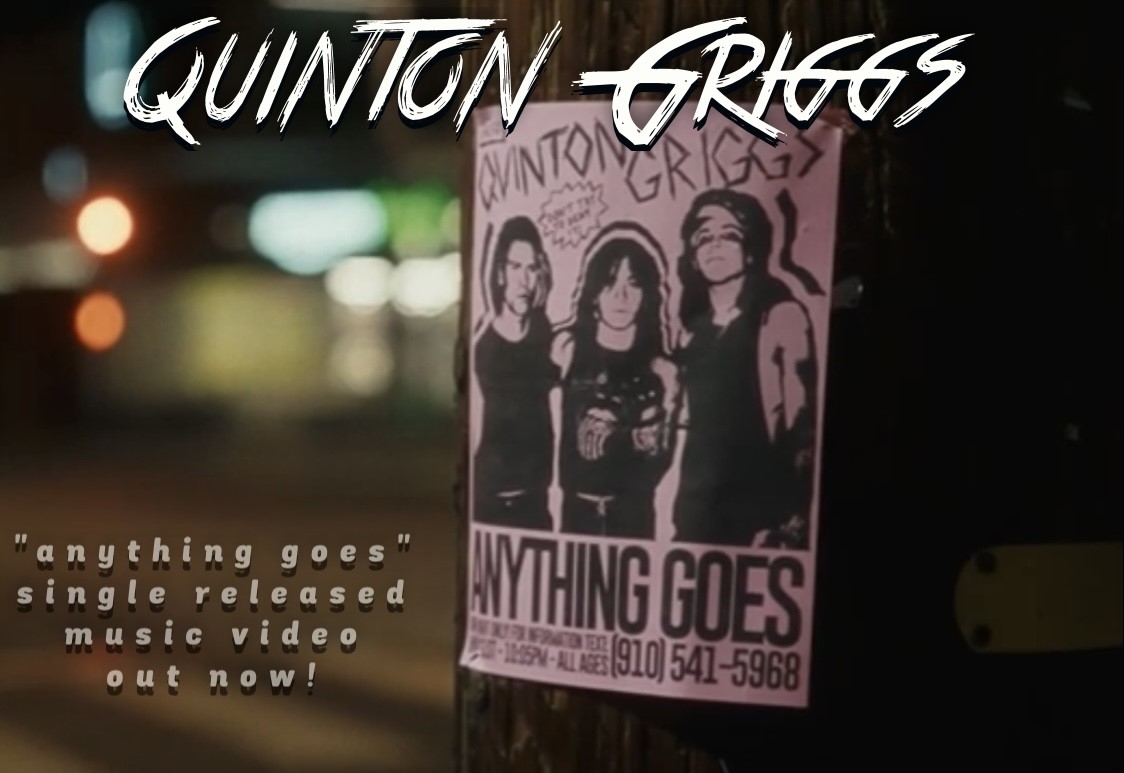 I remain humbled and always thankful to be blessed to continue on my journey with the drums. New music, new friends, new places and new faces – and on and on I go. In time, of course.

Thank you again for checking out thomasondrums.net – I hope to see you at a show soon!