Thomas Lowrey is an American drummer, born and raised in Southern California. Thomas was handed a pair of drum sticks at 8 months old, and he has never let go! He began formal drum lessons at age 6, at Rob Ferrell Drum Studio in Mission Viejo, California. At age 10 he played his first live show. By age 13, Thomas made his professional stage debut. Thomas is currently a drummer at Orange County School of the Arts, Popular Music Conservatory, Santa Ana, California.

~  Featured on Warren Huart’s “Produce Like a Pro” YouTube program, “Classic Album – Van Halen” recreated/rerecorded the original Van Halen album where it was made, in Studio 1, at Sunset Sound, Los Angeles, California.

~ April, 2016 his website, thomasondrums.net was created.  His slogan, “I’d Rather Be Behind My Drums!” became his Registered Trademark with the United States Patent and Trademark Office.

~ Performed on the USO Bob Hope Stage aboard the USS Iowa for L.A. Fleetweek.

~ Featured in the book adapted from the film, Rudy Ruettiger – The Walk On.

You can Follow Thomas, and his journey with the drums on thomasondrums.net and also on Instagram @thomasondrums

Message from Thomas:  ” Thank you all for visiting thomasondrums! I love music, playing the drums and performing!  I want to thank my parents, my family and friends, as well as my drum teachers, drumming influences and my band mates for keeping me in time! – Thomas Lowrey 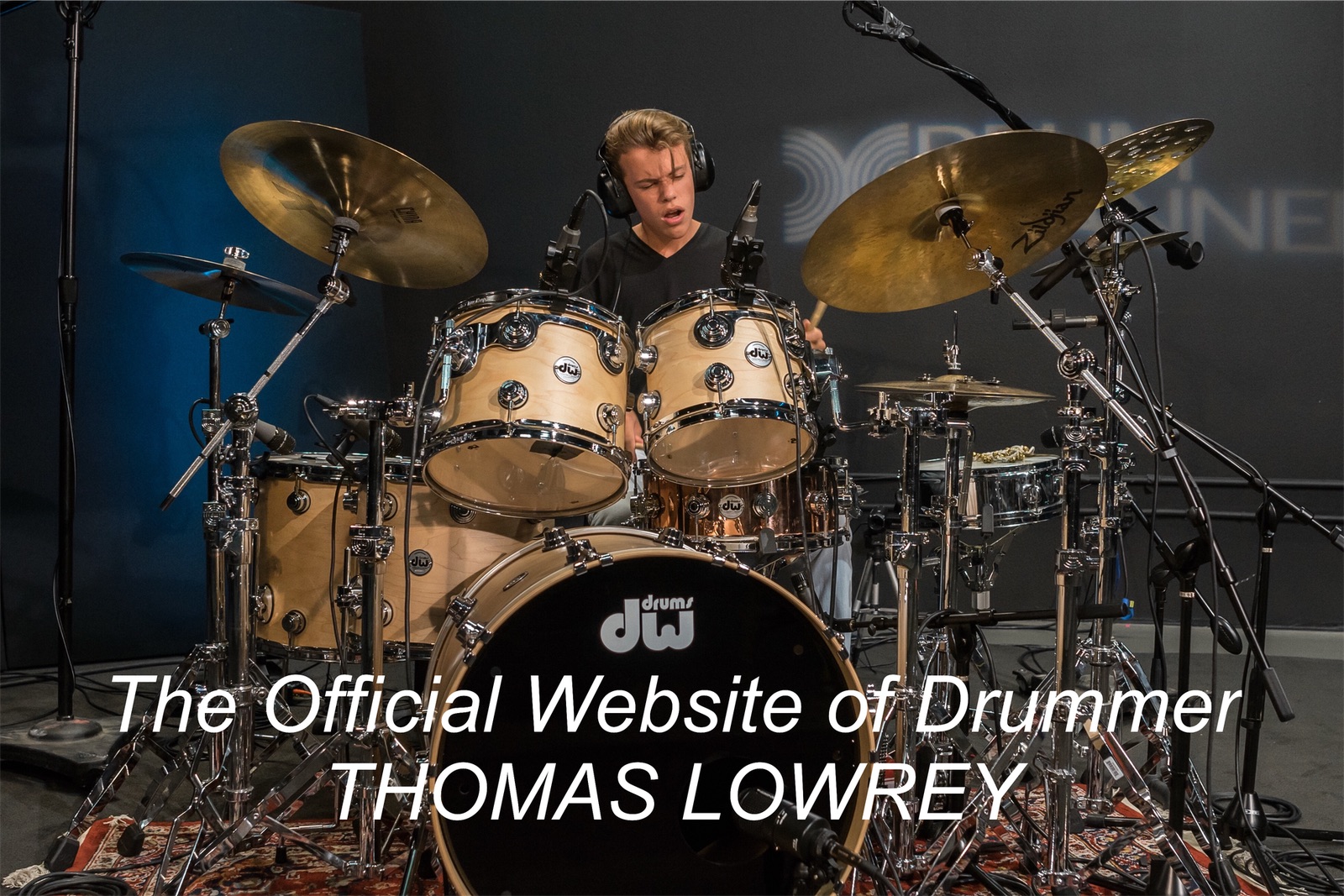 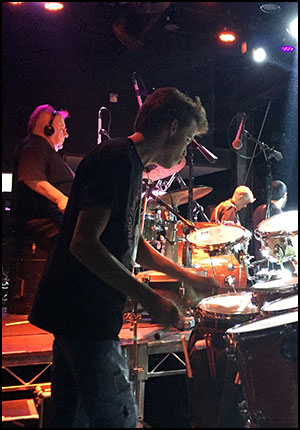 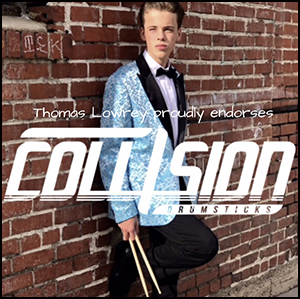 I play Pearl, pdp, and dw drums.
I use dw 5000 double pedals
I play Zildjian and Meinl cymbals
I use and proudly endorse Drum Dial Tuners! 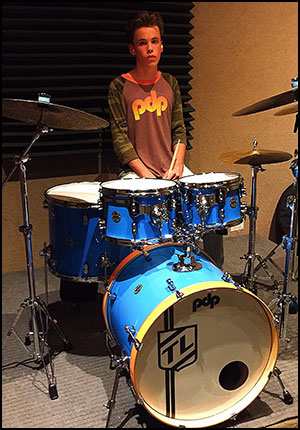 “Be sure to check out Thomas’
photos and videos!”

See My Videos
See My Images 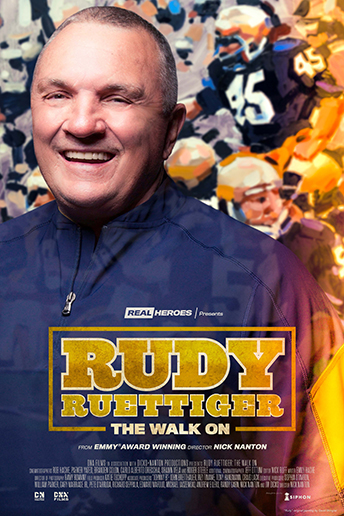 Check out the Videos section to see a promo with Rudy and Thomas! 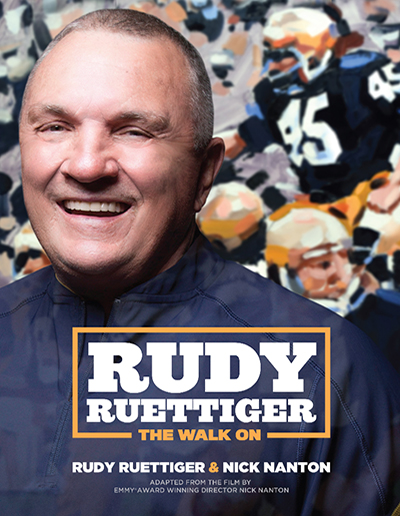 ‘RUDY RUETTIGER – THE WALK ON’

And check out the book adapted from the film

*Be sure to read Thomas’ blog news about this project! 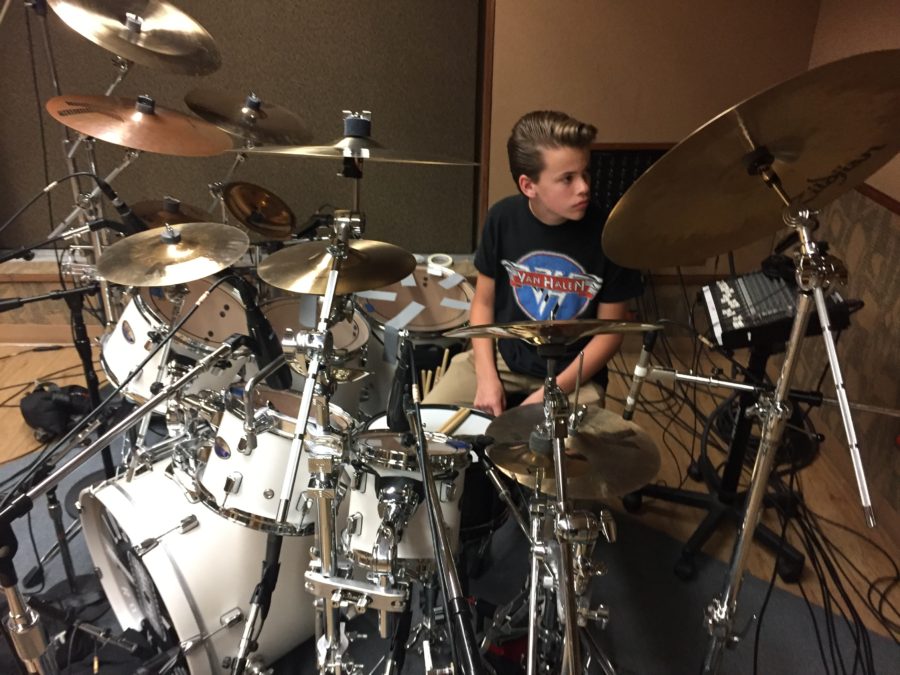 The latest news from my Blog.

Thank you very much for checking out thomasondrums.net!  The last blog post was at the start of May, and since then I have been drumming all around Southern California, with different bands, and very different [...]

On Friday, May 24th and Saturday, May 25th I will playing LIVE MUSIC in four different shows in two days!  I will playing drum set with Orange County School of the Arts, Instrumental Music Conservatory, [...]

On April 17, 2019 I joined professional guitarists, Nick Perri and Steve Johnson in the studio, where we laid down 2-hours of R&B! Nick had started playing guitar with Steve when he was 17-years old, [...]

*Be sure to click on ‘News’ to read past Blog updates
for details and photos!

“The most important part of playing time is not getting there on time – it’s preparing on time.”

“When you form a band, be selective. Surround yourself with the most talented people …and that you all get along.”

“It starts with a dream- and it is always too soon to quit! ” 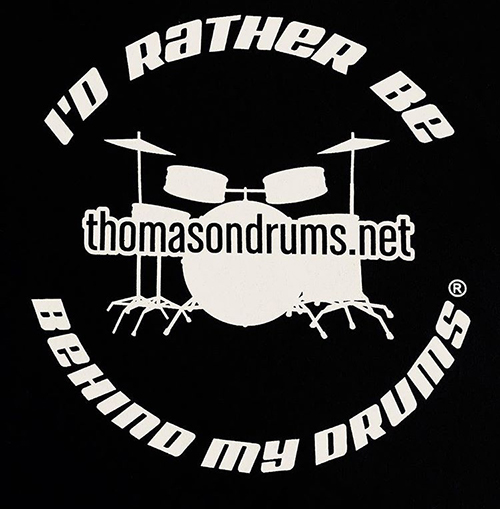