I am humbled and honored to be featured in DRUM! Magazine’s “New Blood” section of their April 2018 issue!  Thank you very much to DRUM! Magazine, and writer, “Waldo the Squid” for including me in April’s issue of DRUM!  This was something I will never forget…

“There aren’t many 14-year-olds who have trademarked mottos, but Thomas Lowrey does, and it actually makes sense.  Take one look at the Southern California native’s website and you’ll see why.  The dude lives and breathes percussion, so his registered “I’d rather be behind my drums!” mantra is as much an axiom as it is a slogan.  Lowrey first picked up sticks as an infant (literally), and began his formal drumming education at age six.  By 13, he was legitimately out there working as the drummer for Johnny Vatos’ Oingo Boingo Dance Party.  As if that weren’t enough, Lowrey was also the drummer for Warren Huart’s ‘Produce Like a Pro’ video series, in which the famed producer re-created Van Halen’s debut album with only student musicians.  Carve out a few minutes to check those clips out.  Lowrey’s playing is heavy and huge, and the performances are top-notch.  Keep an eye out for our guy.  He’s clearly on the professional’s path.” 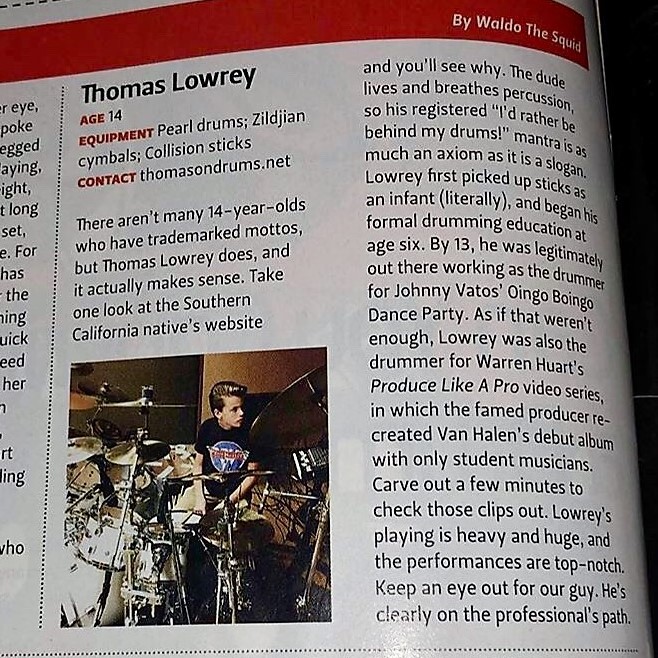 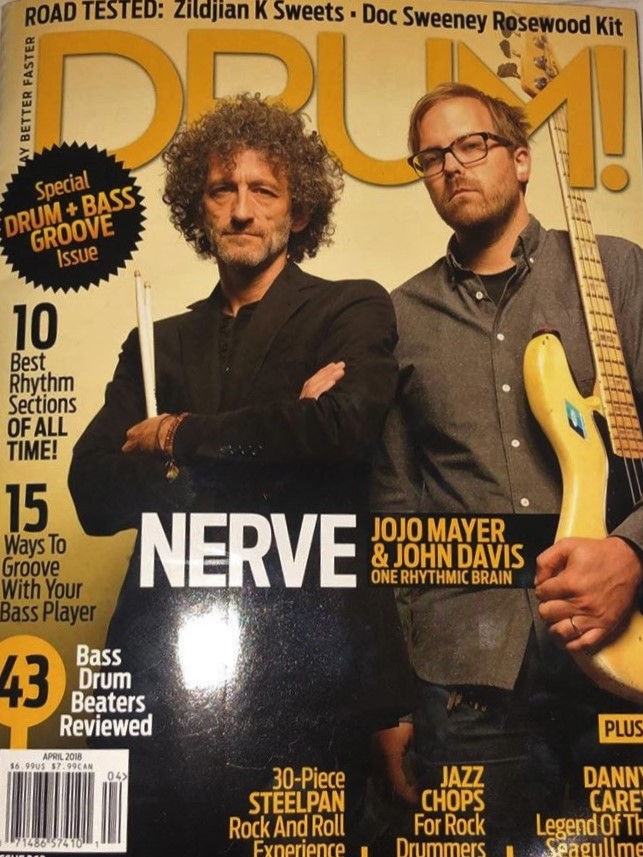 "The most important part of playing time is not getting there on time - it's preparing on time."

"When you form a band, be selective. Surround yourself with the most talented people ...and that you all get along."

"It starts with a dream- and it is always too soon to quit!"

"Thomas gets the most out of everyday."