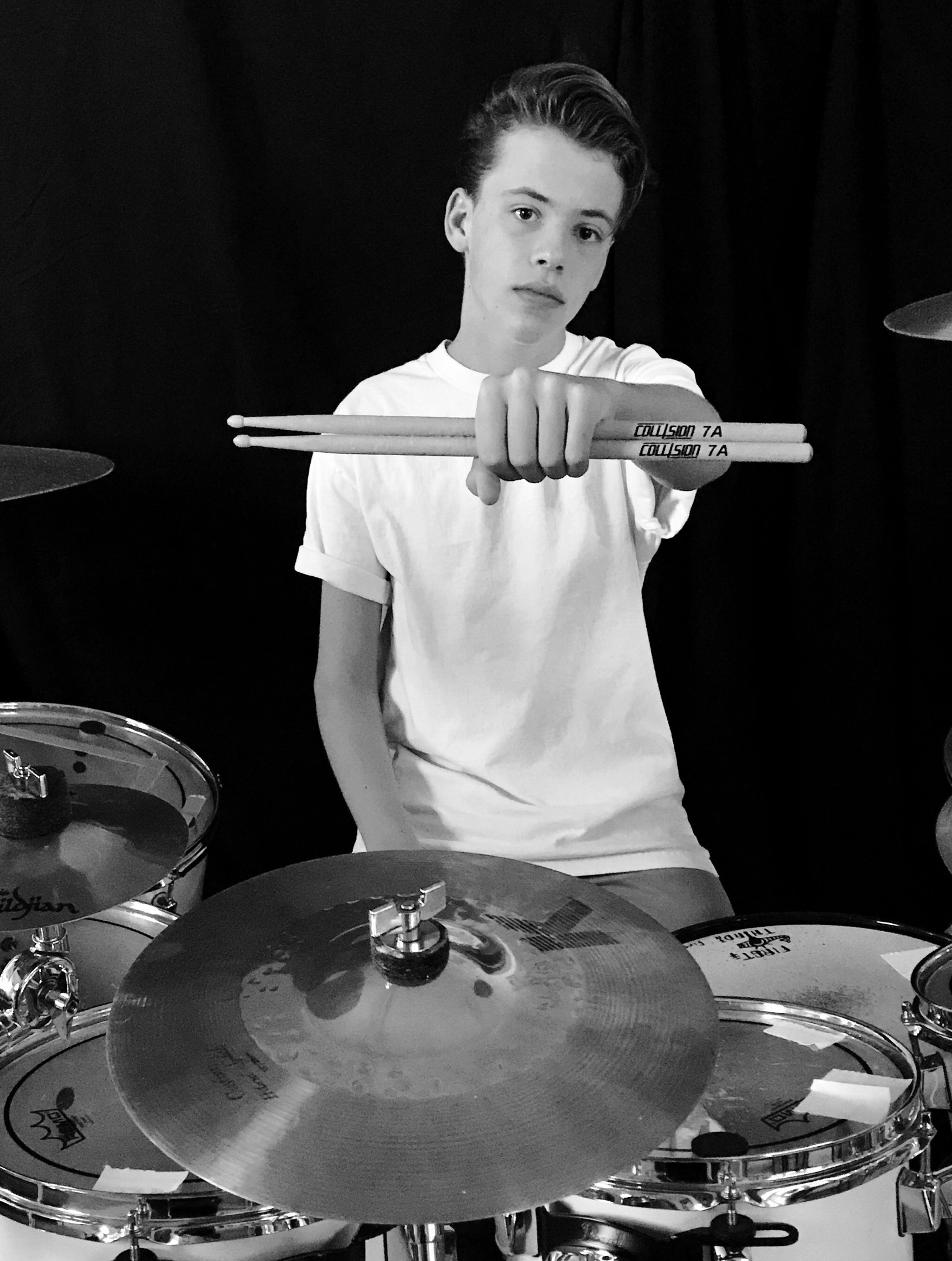 Hi Guys: I am very excited to announce that I have signed a 1 year artist endorsement contract with Collision Drumsticks! I am really happy to start the next phase of my drumming career along with a young drum stick company, that I hope to grow along with! So, if you’re a ‘drum geek’ like me, you may be wondering how I decided to go with Collision Drum Sticks?

It is well known that the ‘big name’ drum stick companies look to sign famous act drummers to their roster of endorsed artists.  They really have no interest in a new drummer, that is not currently touring the world with a major touring act, or, has mega-followers on social media (even though some of them really never play live shows). Therefore, I began to look toward a new drum stick company to see if I could find what I was looking for.

I decided the best way to go was to test them out.  I had to have them in my hands to test the feel and balance.  And then, I would check for something that was very important to me, durability.  I am a hard hitter, and play a lot of heavy metal and hard rock music, so I do break sticks, which can get costly.

I picked up a few drum sticks at NAMM from young companies to take them for a test drive.  One had grooves in the wood, and they literally tore my hands to pieces.  They sent me a refund when they saw the photos of my hands!

I found Collision Drum Sticks online, and I ordered one pair of 7A wood tip sticks to put them to the test.  And that is exactly what I did.  I also bought two other pairs of  big ‘name’ company 7A drum sticks, and I conducted my own “thomasondrums drum stick comparison experiment!”

It just happened that at the same time I was getting ready for a live show with Orange County School of the Arts, Commercial Music Conservatory.  I was rehearsing daily for an 80’s set in the show “Generations of Rock” and one of the songs I was going to play was  ‘Spirit of Radio’ by Rush.  Any drummer knows that  song is a good test for playing the drums, but it also turned out to be a great song for my drum stick experiment!

In my opinion, the Collision drum sticks held up the best!  They were less splintered and seemed stronger.  I decided to give them a try full-time.  I placed a larger order of sticks, and played them in live shows.  They felt great in my hands, and I did not break one in a live show, or rehearsal!  In fact, to this day, it is rare that I break a Collision drum stick, as compared to how often I broke other brands. There was the durability I was looking for!

I am now an Endorsed Artist with Collision Drum Sticks, and I am proud to represent the company and get the word out to other drummers, to give them a try! 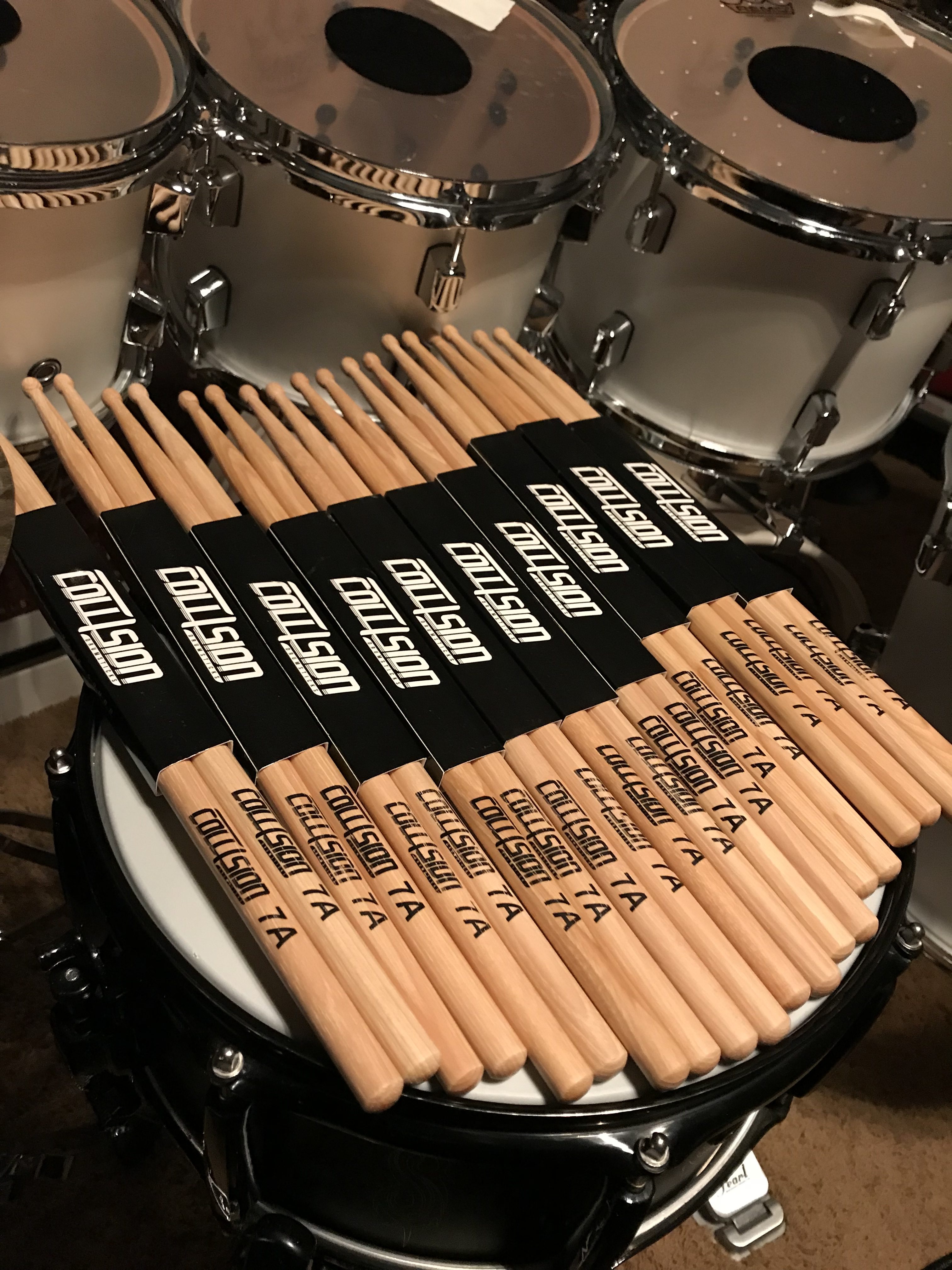 So, if you’re a ‘drum geek’ like me, and you want to try drum sticks that have feel, balance and durability, “Impact Your Sound” with Collision Drum Sticks! – Thomas Lowrey